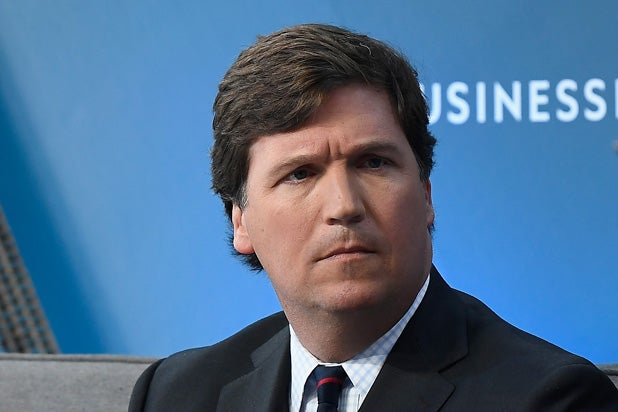 Tucker Carlson has added another name to what has become a long list of companies that have publicly disassociated themselves from his primetime Fox News program. On Monday evening, San Francisco’s Sun Basket Meals became the latest sponsor to say they would no longer advertise on the show.

“We did not intend to be advertising on that show, and once we became aware of that, we requested that we be removed. Changes in media flights take one week and ours will be effective this Sunday,” the company told liberal activist Jordan Uhl in a Twitter direct message. “We will not advertise on the show again in the future.”

The company ran an ad during the Friday night/Saturday morning rerun of the show that airs from midnight to 1 a.m. ET.

Uhl shared the message publicly and thanked the company for their decision.

“To @SunBasketMeals’s credit, they said what few other companies would: they explicitly said they would not run ads on his show in the future,” Uhl said in a follow up tweet. “Many other companies gave vague ‘not at this time,’ which left the door open for a return later.”

“What people should know is Tucker’s comments weren’t a ‘one off’ gaffe but reflective of his ongoing programming,” Uhl told TheWrap. “When companies advertise on Tucker Carlson’s show, they’re associating their brand with programming that’s been praised by neo-Nazis and championed by white nationalists and they are providing a tacit endorsement for his views.”

Reps for Sun Basket did not immediately respond to request for comment from TheWrap, but the decision shows that Tucker Carlson’s program continues to struggle holding sponsors after the host’s comments about immigrants and women have led dozens to flee in recent weeks.

A Fox News representative told TheWrap that Sun Basket had purchased their ad time through a local cable system and that they were not a national advertiser.

Last month, Red Lobster pulled out after Carlson suggested high earning women had become a cause for social ills in the United States and warned that me would not want to marry them. The seafood chain said in a statement at the time that they reserved the right to dump any program whose content no longer represented their “core values.”

In the days before, more than two dozen sponsors including heavyweights like Farmers Insurance, Lexus and TD Ameritrade also bailed on the program after Carlson said illegal immigrations made the United States “poorer” and “dirtier.”

While the longterm affects of the boycott remain unclear, a similar campaign aimed against Carlson’s primetime colleague Laura Ingraham had led to that program running with a significantly lower ad load in recent months.

A rep for Fox News repeated an earlier statement in which they vowed to stand behind their embattled hosts and attacked boycott organizers as politically motivated.

We cannot and will not allow voices like Tucker Carlson to be censored by agenda-driven intimidation efforts from the likes of Moveon.org, Media Matters and Sleeping Giants. Attempts were made in November to bully and terrorize Tucker and his family at their home. He is now once again being threatened via Twitter by far left activist groups with deeply political motives. While we do not advocate boycotts, these same groups never target other broadcasters and operate under a grossly hypocritical double standard given their intolerance to all opposing points of view.