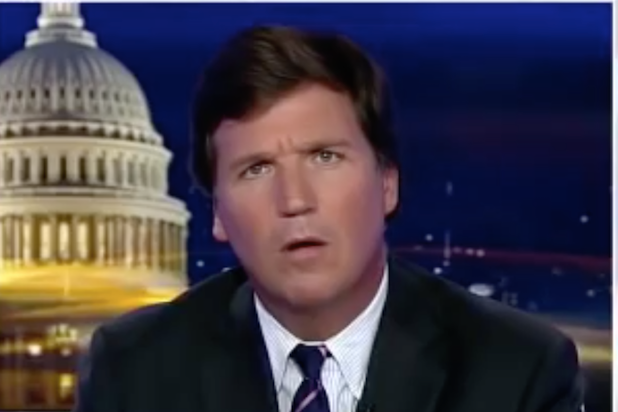 President Trump is known to be a big fan of Tucker Carlson’s Fox News program, but the show’s host is markedly cooler on the billionaire, he revealed in a new interview with the Swiss magazine Die Weltwoche.

In the piece, Carlson said he didn’t think Trump was capable of executing his most significant campaign promises, saying he lacked focus — and that there was nobody to blame for this but Trump himself.

Also Read: Is Trump Fatigue Killing Any Movie or Show With a Political Edge? (Guest Blog)

“He knows very little about the legislative process, hasn’t learned anything, hasn’t and surrounded himself with people that can get it done, hasn’t done all the things you need to do so,” Carlson added. “It’s mostly his fault that he hasn’t achieved those things. I’m not in charge of Trump.”

Reps for Carlson at Fox News did not immediately respond to request for comment from TheWrap, but the tough talk echoes some of the growing divisions within Trump-land about the president’s performance so far.

Reps for the White House also did not immediately respond to request for comment from TheWrap.

Along with Carlson, Trump superfan Ann Coulter has become increasingly negative on Twitter, unloading on the president regularly with ferocity about broken promises and the failure to build a wall along the southern border.

The Carlson/Coulter bloc is offset by figures like Sean Hannity, Lou Dobbs and Judge Jeanine Pirro, who have stood by the president through thick and thin and have downplayed issues like the wall or Trump’s failure to repeal Obamacare.