Tucker Carlson spent some time Wednesday night complaining about Joe Biden’s Supreme Court nominee, Ketanji Brown Jackson. But in what feels like an increasingly common theme among her critics, about all he could really muster was a gripe that Biden, who’s called Jackson one of the country’s “top legal minds,” won’t make her LSAT results public.

No, really. Here’s what he said:

“So is Kentaji Brown Jackson, a name that even Joe Biden has trouble pronouncing, one of the top legal minds in the entire country? We certainly hope so. Biden is right, appointing her is his one of his gravest constitutional duties. So it might be time for Joe Biden to let us know what Ketanji Brown Jackson’s LSAT score was. Wonder how she did on the LSAT. Why wouldn’t he tell us that? That would settle the question conclusively as to whether she’s a ‘once-in-a-generation’ legal talent, the next Learned Hand. It would seem like Americans in a democracy have a right to know that and much more before giving her a lifetime appointment, but we did not hear that.” 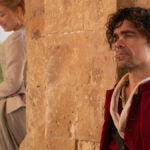 We’re not sure why Tucker Carlson wants to see her LSAT results though. The LSAT — the Law School Admissions Test — is only required for admission to law school. It has no other impact on whether someone gets to become an attorney. Jackson took her LSAT after graduating from Harvard in the top 5%, and went on to graduate from Harvard Law in the top 20%.

Which is to say, we would learn absolutely nothing about Jackson’s legal qualifications from seeing her LSAT results, other than that she passed a test required to even go to law school. Plenty of people pass the LSAT handily but never actually become lawyers, let alone graduate in the top 20% of their class.

Perhaps Tucker Carlson thinks the LSAT is what you need to pass in order to practice law, in which case he is actually thinking about the Bar Exam. Jackson went on to practice law for firms based in Massachusetts, New York, Washington, D.C. and California long before she was appointed as a federal judge in 2012. Which means she likely had to pass several different bar exams. Talk to any lawyer you know about how easy that is. (It’s not.)

Anyway, one last thing: Learned Hand (1872 – 1961) was a real guy, a hugely admired lawyer and judge notable as one of the most frequently quoted lower court judges among legal scholars and by Supreme Court justices. Learned was his middle name however, his first name was actually Billings. Which means in addition to being a legal pioneer he also understood the power of branding decades before public relations existed as a career path.