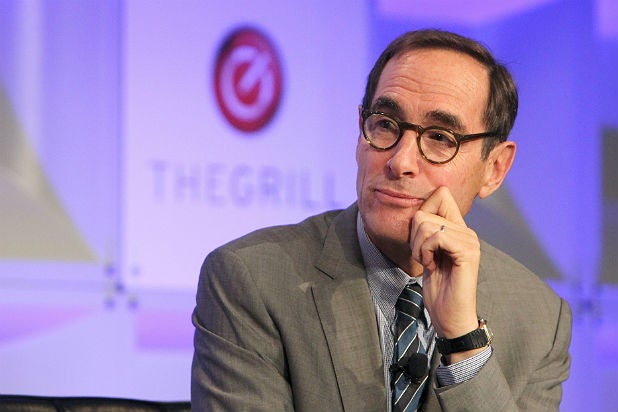 AMC Networks is in wait-and-see mode on two series “Halt and Catch Fire” and “Turn,” according to CEO Josh Sapan. Both have strong reviews but he’d like to see “better numbers,” he said at an investment conference in New York after someone pointed out that his presentation omitted the two shows among AMC’s winners.

“Halt and Catch Fire,” a period drama about the computer revolution, started its second season May 31.

“The show is good, better, more energetic. So we have to see how the season goes,” Sapan said at the Gabelli & Co. entertainment conference.

Meanwhile, American Revolutionary War drama “Turn” just wrapped its second season. “We would like it to be higher too … The nice thing about ‘Turn’ is that that the last four episodes of the season were all trending up. That’s not a normal trajectory, and the last episode of the season was up double digits (but) we’d like bigger absolute numbers so we have to assess both.”

On tap are “Seth Rogen‘s “Preacher” (based on a comic book of the same name), Hugh Laurie in “The Night Manager” from the John le Carré novel, and William Hurt in AMC’s sci-fi drama “The Badlands.”

The company’s slate, its international reach through Chello Media, which it bought in 2013 from John Malone‘s Liberty Global, and the 2014 purchase of a controlling stake in BBC America all position it to thrive as an independent content play in what many in the industry think is a consolidating media landscape that is shifting from a cable bundle to more selective tiers and over-the-top viewing.

Also Read: How to Cut the Cable TV Cord in 3 Easy Steps

“Our point of view is that it’s good to be where people are consuming,” Sapan said. “We have five strong channels (AMC, IFC, Sundance, WE and BBC America). We don’t have 10 or 15 or 25 channels, some harder to name and not so strong. We think we are extraordinarily well set up for … a more selective environment.