Shirley Powell, the much-respected head of communications for Turner Broadcasting, is leaving the cable giant after a six-year run.

Powell announced the news today, with her boss, Turner Broadcasting executive VP Kelly Regal making it official via an e-mail to staff. 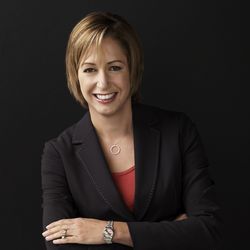 "Shirley’s position in our company, her profile in the industry and the regard in which we hold her add significance to her departure," Regal wrote. "But as you would expect of her, Shirley has given this careful thought, made an informed decision and is moving forward with her plan."

Powell has been senior VP of corporate communications at Turner since 2003. Before that, she headed up west coast PR for NBC, working with the Scott Sassa regime and, later, Jeff Zucker (then NBC Entertainment president).

In an email, Powell said she decided to leave only after much thought. "Turner is a great company and I leave with only respect and gratitude," she wrote.