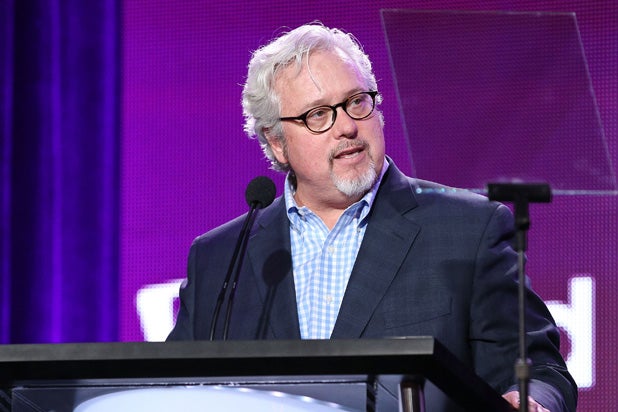 Jones said his departure is due to the company’s “restructuring” in a memo to staff, which TheWrap obtained.

Jones has spent 27 years at Viacom, including 18 years at TV Land, where he directed the development, production and launch of its first scripted sitcom, “Hot in Cleveland.” He would then help to build TV Land’s stable of original sitcoms, which include “The Exes” and “The Soul Man.” The network also recently picked up a single camera comedy, “Younger,” from “Sex and the City” creator Darren Star.

Jones joined Viacom’s Nickelodeon/Nick at Nite in 1988 and has held positions of increasing responsibility over the past two decades.

As vice president of marketing for Nick at Nite from 1993-96, he played an active role in the creation of TV Land, which premiered on April 29, 1996.

Meanwhile, Toffler issued his resignation via an email to staff on Tuesday. The longtime executive will depart the company after nearly 28 years of service.

The high profile departures arrive after CEO Philippe Dauman told investors in January that they can expect “substantial net cost savings throughout our organization” as the company goes through “organizational realignment,” a result of lower ratings and ad sales. He also confirmed that layoffs would arrive this quarter at the company.

Read Jones’ memo to staff below:

To My TV Land Family,

It’s truly not an overstatement to say that I have loved every second of being at TV Land for the past 18 years as part of my 27 years with Viacom. With that said, due to the restructuring, I will be stepping down from my role with the company.

I am so proud of the work we have accomplished over the years and especially excited about the new initiatives we have coming up on TV Land. The channel is on the verge of amazing things and I’m constantly impressed by the team of people who have worked tirelessly to make it all happen. This has been so much more than a job to me and as I have often said to all of you, I always felt we were on a mission… a mission to be successful, to be creative and to make something that we could all be unapologetically proud of each and every day. It’s that mission that made it so easy to come to “work” everyday and be with all of you and for that, I thank you.

I am so happy to have been a part of the great legacy of this network. The great thing about television and all the platforms we now exist on is that I will be able to watch you every step of the way as you continue on the mission…