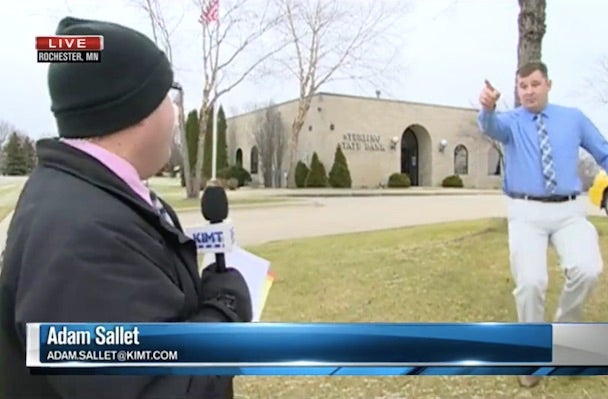 Reporters love to be in the middle of breaking news, but one local Minnesota reporter found himself making it.

Adam Sallet was reporting from outside Minnesota’s State Bank on Tuesday on an attempted robbery from the day before, when a bank employee rushed out behind him.

“What?” Sallet asked the employee in response to him pointing at someone off-screen.

Sallet told the anchor of the program he had to bolt: “So, uh, I gotta go here and call 911.” Oh, the beauty of live TV news.