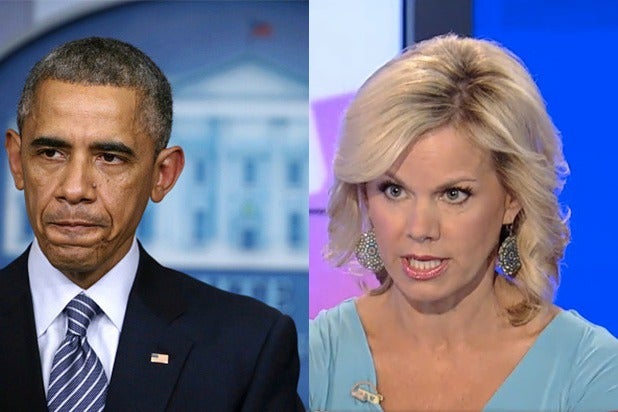 TV news was abuzz following President Obama’s year-end press conference, in which he called Sony’s decision to cancel “The Interview” a mistake.

Also Read: President Obama: Sony ‘Made a Mistake’ in Canceling ‘The Interview’

“He certainly surprised me,” Jake Tapper said to Wolf Blitzer. “Before the press conference, if you asked me what I thought, I thought he’d be more cautious, and talk more about how he understood where Sony was coming from as a business.”

“They were outraged,” justice correspondent Evan Perez said about the Obama administration, reporting it was angry that a dictator won in censoring the American movie industry.

“I think he was buoyant,” Gloria Borger said about Obama’s press conference performance, adding he was more energized then she’s seen him since he won reelection.

“He may need to create a cybersecurity agency,” presidential historian Douglas Brinkley said. “We’ve gotta address this, so I think the North Korea thing is very important and significant.”

“I think when he was about 10 seconds into that answer, we thought, ‘There’s not a lot he can do in this press conference to make this not the story, and I think it was clearly far and away the headline,” Gibbs said about Obama calling out Sony for the “mistake” of canceling “The Interview.”

“Don’t blame me you conservatives!” Matthews gleefully said was his interpretation of what the president was trying to say. “I wasn’t part of this weak-kneed approach to the bad guys in North Korea.”

Joy Reid agreed with Matthews, saying she saw Obama’s tone and theme as “dripping with ridicule.”

“Ridicule of the Sony decision, ridicule of North Korea, saying it says something interesting of North Korea that they would mount a major attack on a corporation because of a Seth Rogen movie,” Reid continued. “He was saying, ‘nah ah, SONY caved to North Korea, and I’m going to make it clear this was their doing.'”

Fox News came out of the press conference focusing not on Obama’s statements on Sony, but who got to ask questions.

“Can that be a snub for the network’s not showing the immigration address,” Gretchen Carlson asked her guests after pointing out the president didn’t call on any male reporters — or reporters seated in the front row — to ask questions.

“Gretchen, I’m outraged for men everywhere,” chief White House Correspondent Ed Henry said to Carlson jokingly, pointing out that a few weeks ago at the G20 summit, Obama only called on the five main TV networks, who mostly have male correspondents.

“Frankly, I think some of the questions didn’t press him,” Henry continued. A funny moment during the toss over from Carlson to Shepard Smith.

“And now we’re going to head over to Harris Faulkner, who’s in for Shep today,” Carlson ended.

“There are awful lot of people in the Hollywood community, in particular the creative side as opposed to the business side, that are very distressed by this decision by Sony to pull the movie,” Wallace said. “I thought it was an interesting statement by the president and certainly a strong defense of first amendment rights in this country.”

“Everybody says President Kim over there, dictator Kim likes attention, and wants to be noticed…he’s probably popping back the Hennessy and looking at things with new fervor.”

“Well they won,” Wallace responded. “Yea, they did!” Smith agreed. Wallace also brought up George Clooney‘s petition in defense of Sony. “They couldn’t get one person to sign it, so that gives you a sense of just how toxic this whole issue is, and how scared Hollywood is, and unwilling to touch this for fear that they’re going to be next.”

Chris Matthews will interview Sean Penn at 7 p.m. ET to get his reaction on President Obama’s statements and  Sony’s actions.