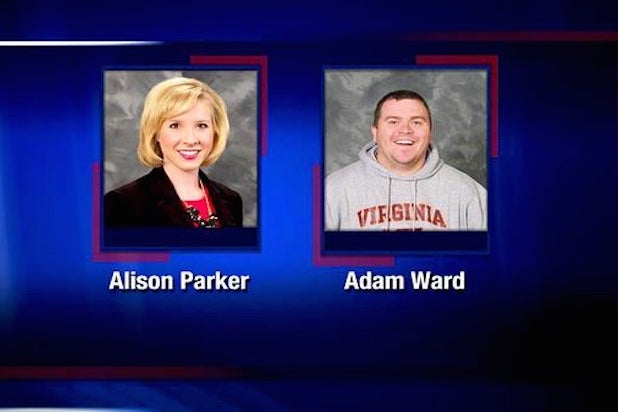 The New York Police Department has increased security at local television stations in response to the shooting deaths of two Virginia journalists while live on-air.

WDBJ7 reporter Alison Parker, 24, and photographer Adam Ward, 27, were doing a standard live shot with a woman at Bridgewater Plaza near Moneta, Virginia at 6:45 a.m. ET when a gunman opened fire on them.

The increased police presence is a typical measure to try and prevent copycat attacks.

The station reported on its journalists’ on-air deaths Wednesday morning.

“We do not know the motive or who the suspect is,” an anchor told viewers after the shocking incident.

CNN reported authorities believe they have a name and a license plate for the individual behind the shooting. Virginia Governor Terry McAuliffe said the suspect is believed to be a disgruntled employee from the station.

Vicki Gardner, the executive director at Smith Mountain Lake Regional Chamber of Commerce official who was being interviewed by Parker, was shot in the back and is currently in surgery. Both journalists were in relationships with colleagues at the station.

WDBJ7 General Manager Jeffrey A. Marks told CNN that Ward’s fiancee was in the control room when the shooting occurred.