“Lost & Found” is a TV pilot starring Melonie Diaz (HBO’s “Room 104”) that was written and directed by Haroula Rose (producer, “Fruitvale Station). The dramedy centers on thirtysomething friends navigating life and love; it was developed and produced in partnership with OneFifty and had its world premiere at the 2017 Tribeca Film Festival. Watch the trailer here.

There are always a fair share of challenges, limitations, victories due to those limitations and happy accidents on every project. “Lost & Found” is no different. But it is unique in the new world of independent television as a grand experiment. It inevitably begs the question: You have a pilot, now what?

With festivals geared specifically toward television content, and ever more festivals starting to showcase independently made pilots — Sundance announced a bit ago that it will have one as well — what happens next? It’s a privilege to share one’s work with audiences, and this makes sharing your starting episode a glorious hybrid test-screening celebration, seeing what works and what might need work.

Also Read: So What If Larry David Joked About Concentration Camps on 'SNL'? Get Over It (Guest Blog)

It’s a lot of fun, and a lot of curiosity is piqued as to what happens next. Will this project have a life, will it be launched to series or will these characters remain a bookend standing alone in what will only become a vast sea of pilots that never go on to be realized as a show? And what’s different from those pilots that never made it to series that you always hear about at various networks?  Well, that’s a great question, too.

“Lost & Found” premiered to acclaim at Tribeca with four sold-out screenings, went on to win the Audience Award at Bentonville, was praised at Seriesfest for being one of “8 Pilots That Deserve a Network Home” (Indiewire), featured in Paste, Filmmaker, The New York Times and more, and screened at NYTVF last month. It feels good to know that people out there respond to the material. It feels good to share your work, and empowering to decide that there could be an alternate path. Maybe it’s ahead of its time. Or maybe it just hasn’t had the right stroke of luck with the right executive in some office somewhere. Or maybe, just maybe, there is another plan.

It’s good to give it some time to see if this pilot finds its place somewhere as a show. This premise and group of characters have gotten so much love from people that should we not get a deal somewhere, it will be a feature film. This was always part of the possible journey.

Much like what it seems to get analogized to quite often — “The Kids Are Alright,” “The Big Chill” or “Transparent” – “Lost & Found” is about these characters moving through life in the awkward beauty of modern relationships in all their funny forms. And with a diverse cast and a fresh idea we haven’t seen onscreen to boot! Why not enjoy the ride, and keep making things?  I suppose that’s the difference between indie pilots and the ones that die before they even reach an audience.

I imagine there will be ever more people in this boat in the years to come … You made this indie pilot, so now what? Now, life. 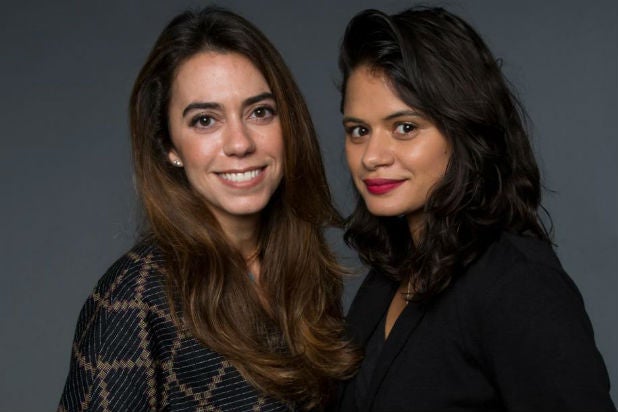