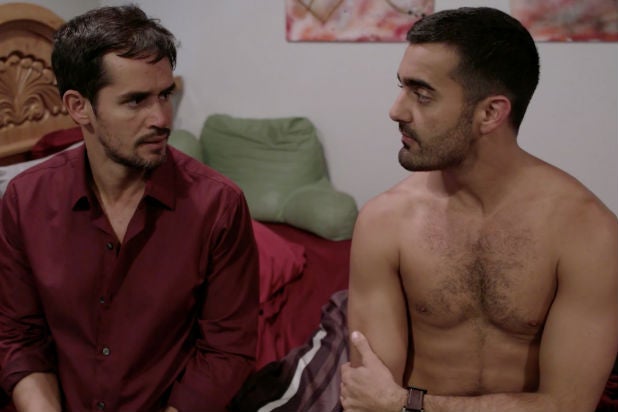 “Falling for Angels” is a co-production between Pride Media, which publishes legacy queer magazine The Advocate as well as Out, and cable and streaming network Here TV. The series premieres Dec. 1 and will take a geographical and emotional look at Los Angeles.

Also Read: These 13 Movies Were Rated the Most Damaging to LGBT People in 2016 (Photos)

“Here TV has engaged inspiring and diverse queer writers and directors, most of whom are queer men of color, to tell their stories … emotions and complex relationships that bind the queer community together,” producer Paul Colichman (“Gods and Monsters,” “Shelter”) said in a statement. He co-produces Emmy-nominated actor-producer David Millbern.

“Falling For Angels” will be available to stream on Here.TV, the Here TV app and its web home FallingForAngels.com.