“Has [insert name of broadcast TV show currently in limbo here] been canceled or renewed?” That’s the question on many viewers’ minds now that upfronts season is over.

While Fox, ABC, NBC, CBS and The CW have all announced their 2019-20 programming schedules, some of those slates don’t reveal everything, meaning the statuses of just under half a dozen broadcast TV shows are still up in the air.

And look, we can accept the fact that not every series will be saved like “Brooklyn Nine-Nine” famously was last season — and not every show should be. But come on, networks — minus ABC, Fox and The CW, who have already axed or renewed everything on their lists — viewers need to hear one way or another whether their favorite programs will be returning this fall, especially for ones that have a crazy-devoted fanbase.

Below are the five shows we’re still awaiting decisions on.

Note: The ratings below are based on the “most current” data from Nielsen, which includes a week’s worth of delayed viewing for episodes old enough to tally. 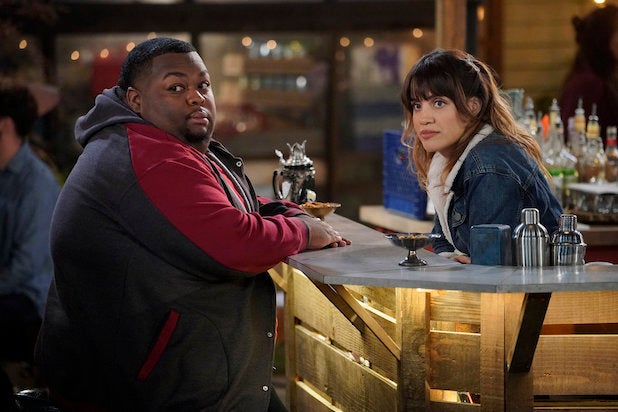 Series: “Abby’s”
Network: NBC
18-49 rating: 0.6
Official description: From Michael Schur (“The Good Place,” “Brooklyn Nine-Nine,” “Parks and Recreation” and “Master of None”) and Josh Malmuth (“New Girl,” “Superstore”) comes a hilarious new comedy about the best neighborhood bar in San Diego — home to low prices, good company and, of course, Abby (Natalie Morales, “BoJack Horseman,” “Girls,” “Parks and Recreation”). This unlicensed, makeshift establishment in Abby’s backyard is the perfect gathering place for locals to find camaraderie and sanctuary. To maintain the perfect bar ecosystem, all patrons must abide by a specific set of rules. This includes no cell phones (not even to look something up), understanding that earning a seat at the bar takes time to rise through the hierarchy, and knowing that losing a challenge may have some unpleasant and unpalatable drink-related repercussions.
Stars: Natalie Morales, Nelson Franklin, Neil Flynn, Jessica Chaffin, Kimia Behpoornia, and Leonard Ouzts 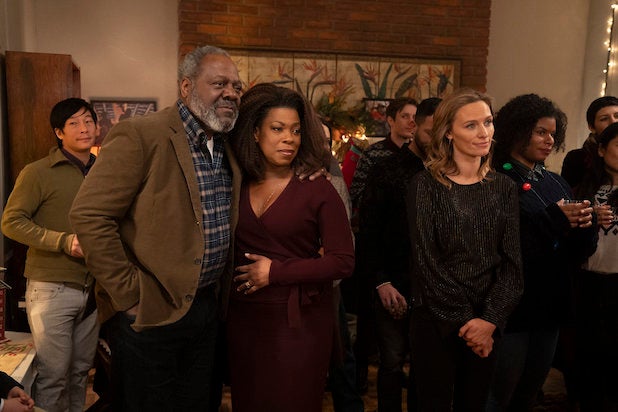 Series: “The Village”
Network: NBC
18-49 rating: 0.9
Official description:  Welcome to the Village, an apartment building in Brooklyn that appears like any other from the outside but is quite unique inside. The people who reside here have built a bonded family of friends and neighbors. Sarah’s a nurse and single mom raising a creative teen; Gabe’s a young law student who got a much older and unexpected roommate; Ava must secure the future of her young, U.S.-born son when ICE comes knocking; Nick’s a veteran who’s returned from war; and the heart and soul of the building, Ron and Patricia, have captivating tales all their own. These are the hopeful, heartwarming and challenging stories of life that prove family is everything — even if it’s the one you make with the people around you.
Stars: Moran Atias, Dominic Chianese, Warren Christie, Frankie Faison, Jerod Haynes, Daren Kagasoff, Michaela McManus, Lorraine Toussaint and Grace Van Dien 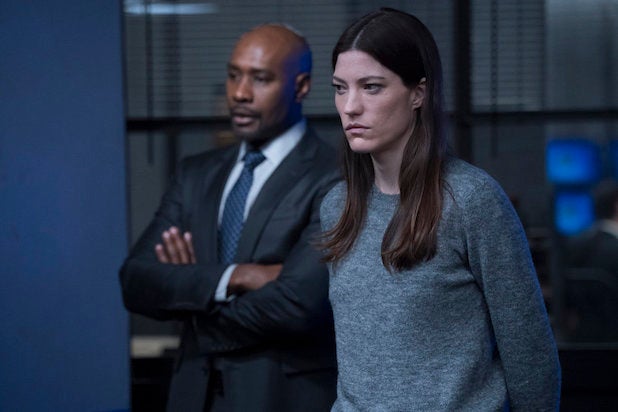 Series: “The Enemy Within”
Network: NBC
18-49 rating: 1.2
Official description:  In this character-based psychological thriller, Erica Shepherd (Jennifer Carpenter) is a brilliant former CIA operative, now known as one of the most notorious traitors in recent American history serving life in a Supermax prison. Against every fiber of his being but with nowhere else to turn, FBI Agent Will Keaton (Morris Chestnut) enlists Shepherd to help track down a fiercely dangerous and elusive criminal she knows all too well. While Shepherd and Keaton have different motivations for bringing the enemy to justice, they both know that to catch a spy… they must think like one.
Stars: Jennifer Carpenter, Morris Chestnut, Raza Jaffrey, Kelli Garner, Cassandra Freeman and Noah Mills 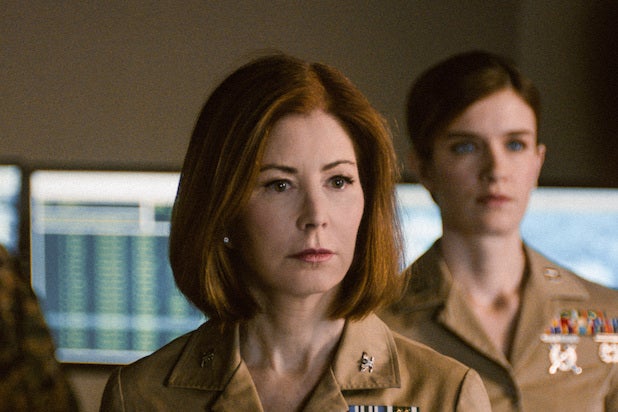 Series: “The Code”
Network: CBS
18-49 rating: 0.7
Official description: “The Code” is a drama about the military’s brightest minds, who tackle the toughest legal challenges facing the U.S. Marine Corps. As prosecutors, defense lawyers, and investigators, these Marines work together to serve their country with integrity while often putting aside their personal ideals for the sake of justice. Operating out of Judge Advocate General Headquarters in Quantico, Captain John “Abe” Abraham is a driven prosecutor for whom becoming a Marine is a longstanding family tradition and a responsibility he treats with devotion and passion. His colleague and friend, Captain Maya Dobbins, is the fearless lead defense attorney who is never hesitant to go up against one of her own, but is also a team player if it means finding the truth. Major Trey Ferry is Abe’s eloquent and wise superior officer working for the prosecution who pursues suspects with ferocity. Commanding officer Colonel Glenn Turnbull, one of the highest-ranking female officers in the Judge Advocate Corps, demands excellence of herself and her staff, while inspiring intense loyalty. Assisting the team is Lt. Harper Li, a highly capable lawyer who is eager to take on bigger cases, and tech-savvy, efficient Warrant Officer Rami Ahmadi, the Marine equivalent of a paralegal. These active duty Marines are attorneys who have chosen to serve their country in pursuit of military justice at home and abroad.
Stars: Luke Mitchell, Anna Wood, Ato Essandoh, Phillipa Soo, Dana Delany and Raffi Barsoumian 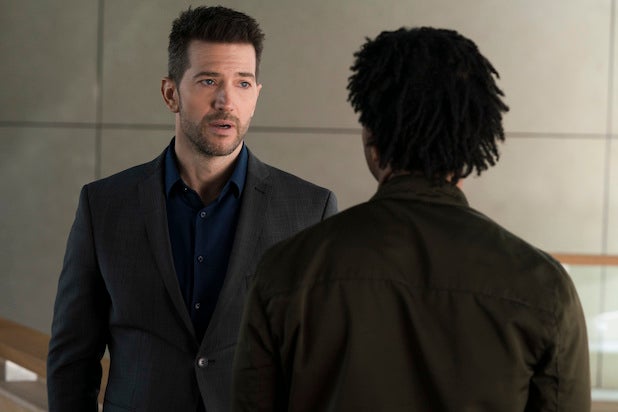 Series: “Ransom”
Network: CBS
18-49 rating: 0.3
Official description: “Ransom” follows crisis and hostage negotiator Eric Beaumont and his elite Crisis Resolution team who work to balance the demands of their personal lives with their careers as negotiators who handle high-pressure kidnappings and hostage situations. Eric uses his insight into human behavior to resolve the most difficult kidnap and ransom cases but must live with the emotional weight of recently taking out his arch enemy. Despite the stakes, Eric refuses to resort to violence, even when confronted by some of the most dangerous criminals in the world. While Eric’s considerable powers of manipulation make him the best at what he does professionally, they often complicate his relationships with family, friends and colleagues. His team consists of psych-profiler Oliver Yates, ex-cop Zara Hallam and the newest member of the team, Cynthia Walker.
Stars: Luke Roberts, Nazneen Contractor, Brandon Jay McLaren and Karen LeBlanc