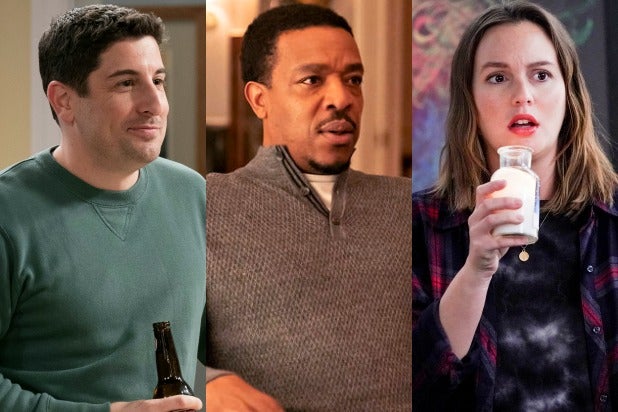 In a normal year, TV executives would be working some serious late nights right about now, deciding the fall fates of existing primetime shows while weighing shiny new options in fully produced pilot form. This is not a normal year.

This spring, there are (pretty much) no pilots. Thanks to COVID-19, there are also no upfronts, the week when broadcasters hype up their returning and freshman series for potential advertisers. What there is instead is an opportunity for shows that might have been canceled any other year to give it (at least) one more go on network television.

Take Fox’s “Outmatched,” for one example. The Jason Biggs-led comedy has almost no buzz, averages a weak 0.8 rating among adults 18-49, including one week of delayed viewing, and has a 22% critics’ rating on RottenTomatoes. There is no reason “Outmatched” should have a chance at a second season — but it actually does.

Also Read: On the Bubble 2020: Which Broadcast TV Shows Will Be Canceled and Which Will Be Renewed?

Any other season, “Outmatched” would be well, outmatched, by any average replacement sitcom ready to shoot Episodes 2 through 22 — or whatever the individual order would be in this fluid media landscape, highly contagious germs or no highly contagious germs. Since almost none of those exist this year, and considering “Outmatched” has a cast, an existing writers’ room and a fully staffed crew, sets built, and, to some small extent, a built-in audience and some general awareness among TV viewers and media buyers, we may get more of the dumb-parents-get-walked-all-over-by-genius-kids show.

You don’t have to be a Mensa member to see the value in an existing series renewal over picking up a sight-unseen pilot to series simply based on one or possibly two scripts. Even an on-screen Biggs and his TV wife Maggie Lawson can see why these bubble shows would be extra enticing this time around.

We’re not trying to pick on “Outmatched” — every broadcast network has its own version of this situation. One of the lowest-rated shows on broadcast television, The CW’s “Katy Keene,” may also make it back for the 2020-21 TV season (assuming we can even have one).

“Keene,” literally the only show not either renewed or earmarked as ending on The CW, has a paltry 0.2 Live + 7 Day rating. But the “Riverdale” spinoff’s also got the Roberto Aguirre-Sacasa pedigree, Lucy Hale in a starring role, and critical favor.

Most importantly, there is also almost nothing to plug into its time slot. Yes, The CW is leaning into some I.P. with new series “Superman & Lois” and “Walker,” but there is only so much groundwork a studio can lay during this coronavirus shutdown.

On NBC, there is “Lincoln Rhyme: Hunt for the Bone Collector.” You’ve never heard of that show and it’s “rotten” with a 30% rating on RottenTomatoes, but it may collect a second season anyway. CBS has a few stale procedurals that will proceed to steal another run.

ABC is no different, though most of its coin flips will come on the comedy side: “mixed-ish,” “Schooled,” “Single Parents,” “Bless This Mess,” etc. While hanging on the edge of a cliff, each of those sitcoms may be laughing all the way to September — or more likely, midseason at the earliest — filling up 22 hours of primetime airtime each week is no joking matter.

It’s the new normal and anything goes. Except, that is, for you, going to see family.