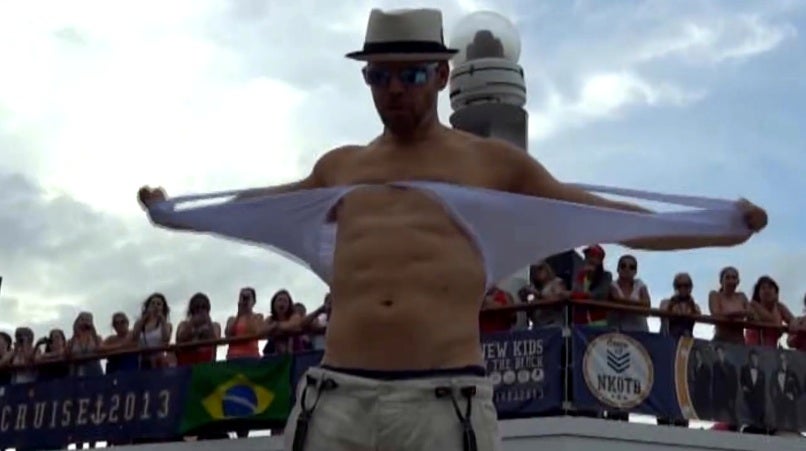 There’s no way that a cruise with almost 3,000 “New Kids on the Block” fans and the band themselves won’t make for a good time. At the very least, it will make for some entertaining television.

In a new trailer for TVGN’s upcoming series, “Rock This Boat: New Kids on the Block,” fans plot how they’ll make the most of the time with their favorite boy band on the high seas.

The nearly 3,000 people on the boat aren’t all fans. There will be a man whose fiancée brought him and her bridesmaids on the cruise hoping she will be married by Donny Wahlberg. Another group of kilt-wearing Scotsmen are just happy to be on a boat with thousands of women.

Husbands, kids, jobs, all the trappings of their lives will all be distant memories, apparently, once these fans board the ship.

Watch the new trailer below: