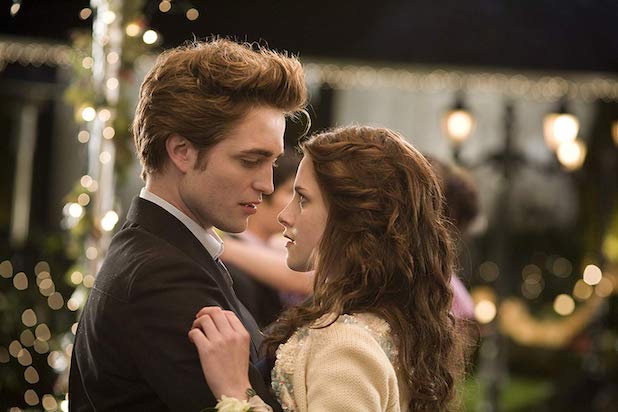 The “Twilight” saga is back. The original 2008 “Twilight” film, which was based on the first book in the beloved series of YA vampire novels by Stephenie Meyer, is heading out on tour in a series of live-to-film performances.

Lionsgate announced Thursday that “Twilight” will screen internationally while being accompanied by live performances of Carter Burwell’s original score as performed by a full orchestra.

The “Twilight in Concert” world tour will begin in Brazil this August and is followed by stops in Australia and the U.K. This tour  follows other similar events that Lionsgate has staged for “The Hunger Games” and “La La Land.”

“Twilight” made movie stars out of Kristen Stewart, Robert Pattinson and Taylor Lautner in the first of four films adapting Meyer’s best-selling novels. “Twilight” is a modern-day love story set in the town of Forks, Washington about new transfer student Bella Swan (Stewart), who meets the mysterious Edward Cullen (Pattinson). When she discovers that Edward is a vampire, a forbidden secret, their lives turn upside down in a fight to preserve their love.

The film adaptation was directed by Catherine Hardwicke from a screenplay by Melissa Rosenberg. The first film in Summit Entertainment’s franchise grossed $393.6 million worldwide in 2008.

“We’re thrilled to launch another live-to-film tour in the footsteps of our ‘Hunger Games’ and ‘La La Land’ international concert events,” Lionsgate SVP of global live and location-based entertainment Jenefer Brown said in a statement. “The combination of author Stephenie Meyer’s brilliant storytelling, Carter Burwell’s musical genius, and a truly legendary underlying film and book property will continue to expand the world of ‘Twilight’ and introduce it to legions of new fans around the world.”

The live-to-film concert tours based on Lionsgate properties have so far played in more than 125 performances in 25 countries to date.