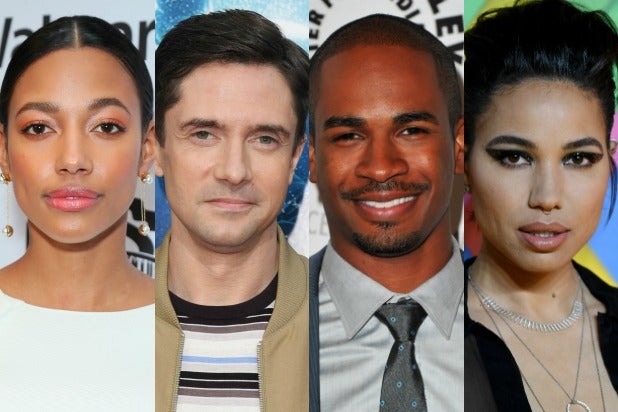 Peele, who narrates the series, will also write the episode, “Downtime,” which features Baccarin, Domingo and Hale.

CBS All Access’ “The Twilight Zone” is executive producers Peele and Simon Kinberg’s “modern re-imagining of the classic brings the original series’ legacy of socially conscious storytelling to new audiences, exploring the human condition and holding a lens up to the culture of our times.” Per the streaming service, “The series’ second season will use introspection and the exploration of self to usher viewers into a familiar dimension.”

Rod Serling created the original series, which ran for 80 episodes from 1959 to 1964, and used socially-conscious storytelling to explore the human condition and culture of the times. There have been two prior revivals of the classic series. The first reboot aired for 110 episodes on CBS starting in 1985, and a second version, with Forest Whitaker as narrator, ran for 43 episodes on UPN in the early 2000s.

Also Read: 21 TV Reboots That Should Have Been Booted, From 'The Twilight Zone' to 'Charmed' (Photos)

Readers can find the new cast listings and episode titles and descriptions for Season 2 here, in no particular order:

Written by Steven Barnes and Tananarive Due

Written and Directed by Osgood Perkins

And here are the previously announced episodes and cast lineup:

Episode: “The Who of You”

Episode: “Among The Untrodden”

Episode: “Meet in the Middle”

Here’s when 52 broadcast, cable and streaming series debut and come back