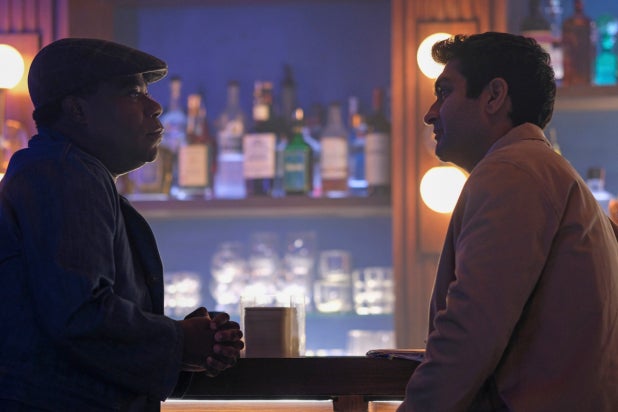 (Not an April Fools’ Joke: This story contains spoilers from the “Twilight Zone” episode, “The Comedian.”)

Toward the end of “The Comedian,” the first episode of Jordan Peele’s revival of “The Twilight Zone” on CBS All Access, Kumail Nanjiani’s comedian Samir Wassan gets angry.

Distraught over his new-found ability to make people un-exist just by saying their name during his stand-up sets, Wassan is yelling at JC Wheeler (Tracy Morgan), whom he blames for giving him this evil power. He exclaims: “I wanted to be Chris Rock, not evil David Copperfield!”

While the line may seem like a funny throwaway joke on the surface, showrunner Glen Morgan told TheWrap there was a specific reason to name-drop the famous magician, and it involves a ventriloquist’s dummy.

Eagle-eyed viewers may notice that in the dressing room where the scene takes place, a ventriloquist’s dummy can be seen in the corner. But it’s not just any ventriloquist dummy. It’s the exact one that was used in classic “Twilight Zone” episodes like “The Dummy.”

“It’s the actual dummy from the original ‘Twilight Zone.’ David Copperfield owns it and he said, “I’ll let you borrow it for free, if you just make a reference to me,” Morgan explained. “And so Kumail had that joke.”

The dummy is just one of many references and Easter eggs the team littered throughout “The Twilight Zone” to pay homage to Rod Serling’s original version, which ran from 1958 to 1964.

Also Read: Inside CBS All Access' Bold Bet on 'The Twilight Zone': 'This Is Going to Be Big for Us'

“The prop department would always come up with re-creations,” Morgan said. “They have all kinds of stuff — you gotta be looking for it — but it’s all there.” The second new episode that debuted on Monday, “Nightmare at 30,000 Feet,” features even more callbacks.

The first two episodes of “The Twilight Zone” are available starting April 1 on CBS All Access.