Without "Twilight" there would be no Taylor, no Kristen, and no RPattz. But the big three of Lautner, Stewart, and Pattinson aren't the only ones benefiting from the vampire romance.

Thanks to the film franchise's popularity, several previously unknown actors are becoming household names — well, at least if the house has someone under 13 years old in it. And, as proof of the power of the franchise, most are only in the films in passing.

They're also leveraging their new-found semi-fame — and often passionate followings — into big budget movie roles, modeling gigs and magazine covers. They're not alone. The films' directors and soundtrack contributors are also getting a big bounce from their "Twilight" work. 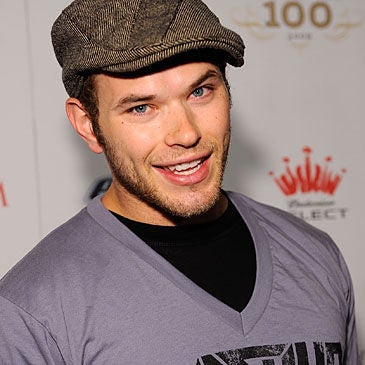 The hunky actor has a blink-and-you'll-miss-it role as one of the members of the Cullen clan in three "Twilight" movies. Yet he's been able to transform his limited screen time into a high profile gig as the, ahem, face of Calvin Klein underwear. Now, posing in his drawers elevated him to the next level. At Thursday's world premiere of "The Twilight Saga: Eclipse," there was clear evidence of a new Team Kellan.

Aside from modeling, Lutz also had a supporting role in last spring's "Nightmare on Elm Street" remake and will star as Poseidon in Universal's big budget sword and sandals epic "The Immortals."

And along with Ashley Green, he was able to drag out contract negotiations for "Breaking Dawn," forcing Summit to sweeten the pot before he'd return to the fourth and fifth installments of the franchise for a reported $1.25 million.

Kendrick was able to capitalize on her limited role as Kristen Stewart's classmate in the first films to become an Oscar nominee. She was short-listed for her turn as George Clooney's protegee in last year's "Up in the Air."

She's also racking up high profile projects like a Seth Rogen comedy and a part in this summer's fantasy movie "Scott Pilgrim vs. the World."

After being relegated to the background in the first two movies, The deep voiced, high-cheek boned actor has a more prominent role in "Eclipse." Still, he leveraged his skimpy screen time into a starring role in Paramount's  "The Last Airbender," which opens against "Twilight" this weekend. If all goes well, "Airbender" will spawn two sequels.

Rathbone's also got a starring role opposite Oscar nominee Melissa Leo in the drama "Truckstop" and "Girlfriend," an indie love story.

The raven-haired actress who plays one of the Cullen brood has become a red carpet star and a fashion magazine favorite. She also was able to parlay her newfound popularity into a $1 million plus paycheck for the last two installments of the series, making it a very well-compensated supporting turn.

Before "Twilight," one of her most notable credits was as "McDonald's Customer" in 2007's "The King of California." Now she has starring roles in three upcoming movies including "Butter," a comedy with Hugh Jackman;"Warrior," a drama co-starring (yes) Kellan Lutz; and "The Apparition," a horror movie with "Gossip Girls" star Sebastian Stan.

Before "Twilight," Facinelli was primarily known as being Mr. Jennie Garth — even after roles in "Six Feet Under" and his own short-lived "Fastlane." Now thanks to his role as benevolent bloodsucker Dr. Carlisle Cullen, it's the other way around.

It doesn't hurt that Facinelli, who's helped broaden his following as a new media convert with Twitter, also has a steady job on the Showtime series "Nurse Jackie."

As the beautiful and moody Rosalie Hale, Nikki Reed has established a rabid Twi-Hard following. The actress was previously best known for co-writing the screenplay for the 2003 indie drama "Thirteen." Now her "Twilight" success has made her a fixture of the "Seventeen" magazine set. She's been quieter in lining up follow-up projects than her series co-stars, but she does have a starring role in the horror movie "Chain Letter," which received good buzz at last year's American Film Market.

The British rock band has been around since the mid-'90s, topping music charts in the United States and Europe and racking up music awards. Still, nothing could prepare them from the worldwide recognition they'd receive for having romantic ballads included in all three of the "Twilight" movies.

Their 2006 song "Supermassive Black Hole" was such a big hit when it was featured prominently in the first film, that they band remixed "I Belong to You" especially for "New Moon" and penned an original single "Neutron Star Collision" especially for "Eclipse."

The first album sold 2.6 million copies and the second one move 1.2 million according to Nielsen SoundScan; numbers that their moody, electronica infused rock albums would likely never see without the help of Bella and Edward. 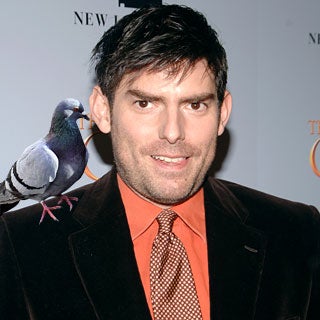 So, the Oscar nominated screenwriter of "About a Boy" didn't need a higher profile. What he needed was a hit. After "The Golden Compass" was an $100 million-plus box office disaster, Weitz's career was on the skids. By helming the second and most critically well-regarded "Twilight" film, he proved he could still deliver the goods.

Summit wanted him back for the franchise's finale, but Weitz decided he'd do a lower budget, lower stress film "The Gardner" for his next project. Thanks to "Twilight," the choice was all his own.