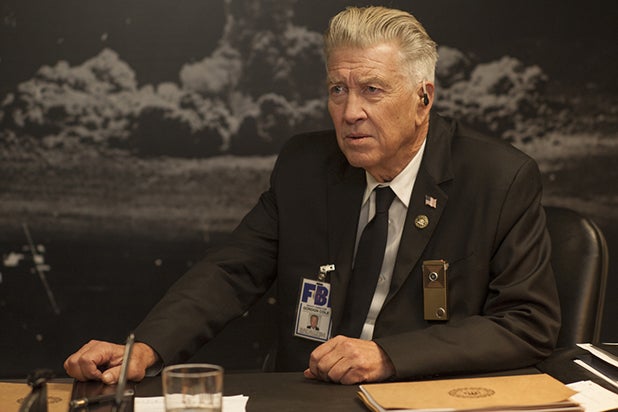 Lynch appeared via Skype at a public event at the Kulturni Centar Beograda in Serbia in promotion of his “Small Stories” photo exhibition and was asked about a potential fourth season. He didn’t shoot down the idea completely, but didn’t confirm if there were plans in the works.

“It’s too early to say if there will be a fourth season of the series,” he said to the crowd, as reported by EW. “If that were the case, we would have to wait a few more years because it took me four-and-a-half years to write and record this season.”

Also Read: 2017 Is the Year of the Laura Dern Renaissance (Commentary)

Previously, executives at Showtime shot down rumors that “Twin Peaks” would continue.

“It was always intended to be one season,” said network boss David Nevins at the Television Critics Association tour in August. “A lot of people are speculating but there’s been zero contemplation, zero discussions other than fans asking me about it.”

Nevins did however add that “the door’s always open to David Lynch,” so who knows.

“Twin Peaks: The Return” ended in the typical manner Lynchian matter. It was open-ended, trippy and mostly open to the audience’s interpretation.

Lynch also commented on some of the more controversial decisions he made in “The Return,” specifically how he presented the fate of fan-favorite Audrey Horne.

The character, played by Sherilyn Fenn, finally appeared more than half way through the third season on Showtime. At first, it was a matter of her not leaving her house but by Part 15, it became clear something was horribly wrong. The last shot has Audrey’s reality being shattered, her character looking into a mirror in a white room.

“Many things in life just happen and we have to come to our own conclusions,”Lynch said in response. “You can, for example, read a book that raises a series of questions, and you want to talk to the author, but he died a hundred years ago. That’s why everything is up to you.”