Twitter added a fact-check label to President Donald Trump’s false tweets about mail-in ballots on Tuesday, marking the first time the social-media platform has done so for the president’s tweets.

“The Tweets … contain potentially misleading information about voting processes and have been labeled to provide additional context around mail-in ballots,” a spokesperson for Twitter told TheWrap. “This decision is in line with the approach we shared earlier this month.”

Shortly after, Trump condemned the action taken by Twitter and claimed the company was “interfering in the 2020 Presidential Election” in another series of tweets.

“Twitter is completely stifling FREE SPEECH, and I, as President, will not allow it to happen!” Trump wrote.

The move follows months of criticism over Trump’s use of his official Twitter account. Most recently, the president shared a false and baseless claim that MSNBC’s Joe Scarborough murdered one of his aides when he was a GOP senator. On Tuesday, the late aide’s widow even sent a letter to Twitter CEO Jack Dorsey, requesting that his company take down Trump’s tweets.

“We are deeply sorry about the pain these statements, and the attention they are drawing, are causing the family,” a Twitter spokesperson said. “We’ve been working to expand existing product features and policies so we can more effectively address things like this going forward, and we hope to have those changes in place shortly.”

The spokesperson did not say at the time whether Twitter would delete or mark Trump’s tweets on the subject. 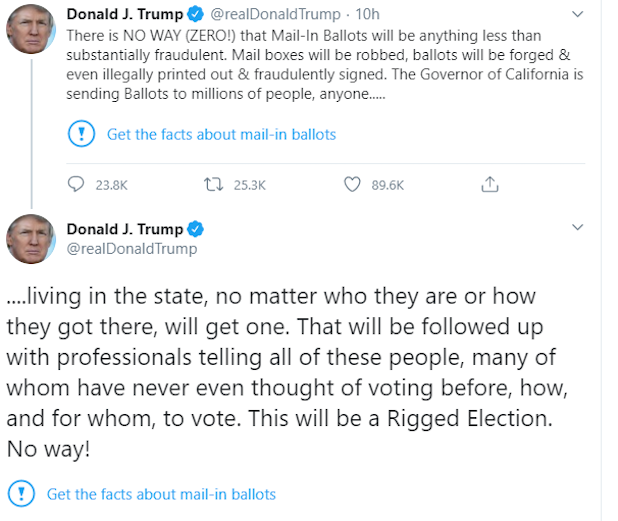