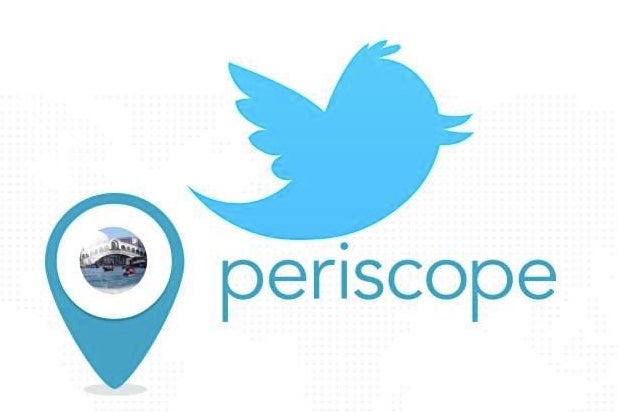 The social live streaming battle heated up Thursday as Twitter released Periscope, a live streaming app that seems to be a clear answer to rising star Meerkat.

Before launch, Periscope gave celebrities early access: Sophia Bush, Mark Cuban, Al Roker, Mario Battali and iJustine all used a beta of the app and are already listed as favorites on the app’s Most Loved leaderboard. And Kevin Jonas launched his public Periscope by eating breakfast in front of the world.

The app, which Twitter acquired in January for a reported $100 million, has similar functionality to Meerkat—live-streaming what you’re doing and seamlessly live streaming it on Twitter—but offers one main difference: playback.

Also Read: Sizing Up Meerkat: How the Buzzy App Is Faring With Hollywood Two Weeks After Launch

Users can livestream their activities and save it to replay later. Periscope seems cleaner than Meerkat with a better chat function—it also gives users more control as they can line up a shot.

Periscope also allows users to share their videos with a select group of users or go public to everyone.

Some possible drawbacks to the new app:  you can’t type responses to people typing to you like you’re able to do with Meerkat; the chat function is only on Periscope, making it less likely to draw in Twitter users and Periscope sends notifications promoting other streams while you’re watching a stream.

Periscope has a cutesy feedback system—hearts appear on a video stream when users tap on it. More hearts appear as users tap more and more, showing that they like what they’re watching.

Users can’t download Periscope directly from the Twitter app: “We don’t think we need to start there,” Beykpour said. “We think this deserves to be a separate experience indefinitely.”