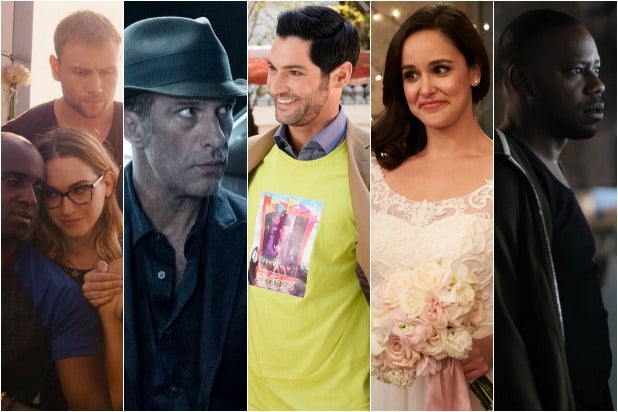 Getting canceled isn’t what it used to be. Nowadays, when a show gets the axe, its fans will inevitably make their voices heard on Twitter. And if the show is beloved enough by enough people, and those people are loud enough, and the hashtags keep trending, networks (or streaming services) might just listen and save it.

Hey, that’s what happened with “Sense8,” whose two-hour series finale (which dropped today) was greenlit by Netflix after fans freaked over its cancellation last spring.

While TheWrap can’t prove definitively that the power of Twitter is what saves axed shows, we did get some numbers from the social media platform to demonstrate that there is a correlation between how many times you ranted about a canceled show, and the speed at which it was revived. Our conclusion: the odds are usually in the show’s favor if a fan campaign grows quickly.

“Brooklyn Nine-Nine” and “The Expanse” are two of the lucky programs whose loyal fanbases made quite the racket when they met their maker as the 2017-18 season was coming to a close.

The cancellation of the Fox comedy prompted an outpouring of support from viewers (both famous and civilian) in the form of 1.4 million tweets about the show in the 36 hours between its cancellation on May 10 and its NBC pick-up the next day.

Now look, we’re not saying the show was revived in just one day because Lin-Manuel Miranda and Mark Hamill rallied a “Nine Nine!” battle cry via Twitter — but the success of the fan campaign cannot be ignored.

“The Expanse” took a bit longer — two weeks passed between Syfy deciding not to renew after Season 3, and Amazon boss Jeff Bezos announcing the cult fav would become a Prime exclusive for Season 4. All throughout that tumultuous period, fans let their voices be heard on Twitter, with the hashtag #SaveTheExpanse being used over 180,000 times since May 1.

The fates of shows like “Timeless” and “Lucifer” are still up in the air.

While the former was already revived once after cancellation by NBC and is currently in limbo for the 2018-19 slate, the latter was killed by Fox after three seasons in May, but is currently being shopped around by studio Warner Bros Television. And all the while their respective bases continue to tweet and tweet and tweet — so someone might be listening.

Take a look at our infographic below to see which fans are the loudest and how that’s worked out for their favorite shows. The info was provided by Twitter.