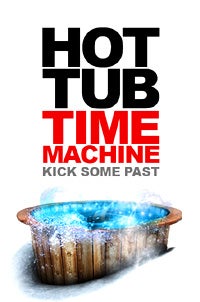 At least that’s what a couple of Palo Alto-based lab nerds are saying.

They make a convincing argument. In a report — dubbed "Predicting the Future With Social Media" — HP Labs’ Sitaram Asur and Bernardo Huberman claim the algorithms they use can predict the opening weekend box office returns with up to 97 percent accuracy – better than the Hollywood Stock Exchange does.

The pair tracked 24 movie releases between November 2009 and February, and the Twitter buzz  — nearly 3 million tweets — that preceded them.

Here are a couple of examples:

The movie Transylmania that opened on Dec 4th had easily the lowest tweet-rates of all movies considered. For the week prior to its release, it received [an] average of 2.75 tweets per hour. As a result of this lack of attention, the movie captured the record for the lowest-grossing opening for a movie playing at over 1,000 sites, making only $263,941 in its opening weekend, and was subsequently pulled from theaters at the end of the second week. On the other end of the spectrum, two movies that made big splashes in their opening weekends, Twilight: New Moon (making 142M) and Avatar (making 77M) had, for their pre-release week, averages of 1365.8 and 1212.8 tweets per hour respectively. This once again illustrates the importance of attention in social media.

Not too shabby. And given at least the possibility of a new box office futures exchange, this algorithm could prove pretty handy.