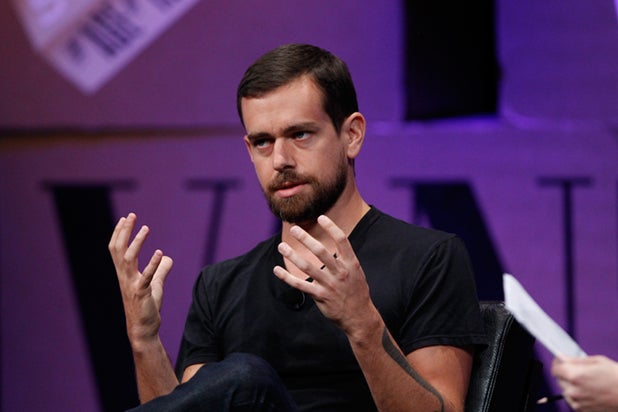 Twitter CEO Jack Dorsey is getting grilled after tweeting his support for Chick-Fil-A during Pride Month, which critics like former CNN host Soledad O’Brien called an “interesting” choice given the company’s historic opposition to gay marriage.

Dorsey tweeted he’d saved 10 percent on a $31.58 order at a Chick-Fil-A on Saturday, while using the app for Square Cash  — the other company he co-founded. The shared picture quickly grabbed the attention of O’Brien, who retweeted his post, adding “this is an interesting company to boost during Pride month, Jack.”

“We’re inviting God’s judgment on our nation when we shake our fist at him and say we know better than you as to what constitutes a marriage,” Cathy said in 2012. “And I pray God’s mercy on our generation that has such a prideful, arrogant attitude that thinks we have the audacity to redefine what marriage is all about.”

In classic Twitter fashion, Dorsey was lambasted from all sides. First he was called out for boosting the “bigoted” chain.

Chick-fil-A funded several anti gay marriage groups and has a long history of bigoted hiring and firing practices. Speak with your money and spend your money in ways that help promote lgbt Americans in positive ways. Other companies sell chicken that don’t hate you. pic.twitter.com/xX7X89TeoE

On behalf of the whole LGBTQ community, Jack, kindly boost your head out of your ass.

Please delete this or follow up with how much free advertising you're going to give GLAAD.

Other users felt Dorsey was approaching a “slippery slope,” by backing down.

Does this mean you should also freeze all cash cards for people who don’t support pride month? It’s a slippery slope there Jack. I appreciate all the boosts equally. Ty

Conservative commentator Jamie Kirchick pushed back against O’Brien, saying it was an example of “a straight person here trying to claim the mantle of LGBT rights via performative wokeness.”

I’ll just note that, as is often the case, it’s a straight person here trying to claim the mantle of LGBT rights via performative wokeness. She doesn’t speak for all of us. https://t.co/w00iS7gPND

So, @Jack. You APOLOGIZE for eating at Chick-fil-a? How stupendously pathetic is that?

Even Republican Sen. Marco Rubio of Florida got in on the action. “This lunacy has gone too far,” said Rubio, adding that Dorsey had been “bullied” into his mea culpa.

This lunacy has gone too far. The CEO of @Twitter bullied into apology for patronizing @ChickfilA because owners support “biblical definition of marriage”. Holding a personal view taught by mainstream Christianity is now boycott worthy. https://t.co/EnChlPBStc via @cbsmoneywatch

In other Twitter news on Monday, Nation of Islam chief Louis Farrakhan had his verification checkmark pulled after a string of anti-Semitic and anti-gay remarks.