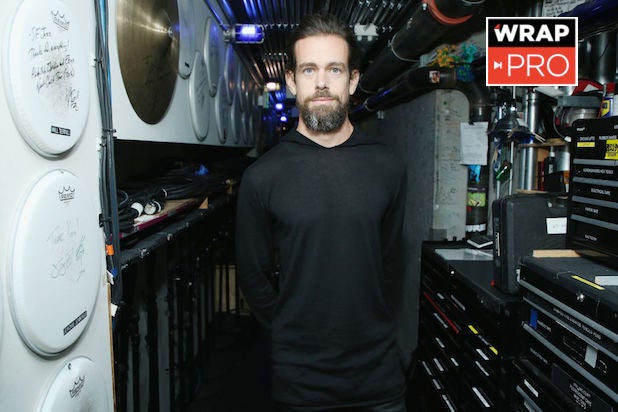 attends WIRED25 Summit: WIRED Celebrates 25th Anniversary With Tech Icons Of The Past & Future on October 15, 2018 in San Francisco, California.

It’s not like the questions weren’t asked. In several recent interviews — including conversations with Huffington Post, Recode’s Kara Swisher, and major podcasters like Joe Rogan and Bill Simmons — Dorsey had multiple chances to address topics that have become synonymous with Twitter in the last year: inconsistent banning policies; capricious enforcement of its rules; political favoritism; widespread harassment; doxxing.

If the point of the PR push was to have Dorsey come across as a nice guy, then mission accomplished. But his long-winded, circuitous replies offered little insight. This was a failed opportunity for Dorsey to clearly articulate Twitter policies that are often arcane — and seemingly fluid. Instead, his verbose answers allowed him to dodge the most difficult questions like prime Floyd Mayweather deftly avoiding punches.

Consider his answers to the following questions:

Sam Harris, on his Making Sense podcast, pressed Dorsey on the “pervasive sense” Twitter is “biased politically” in favor of left-leaning causes. For many centrists and right-of-center users, the prevailing belief is that “Twitter reliably lands on one side of the divide” when it comes to ruling on race, gender and other hot-button topics, Harris said.

Harris cited the example of feminist writer Meghan Murphy — who was banned by Twitter in November after posting several tweets related to trans issues, including “men aren’t women” and “how are transwomen not men?” — suggesting that she was targeted because she was not “sufficiently woke.”

Dorsey didn’t have much of a response. “I don’t believe we can afford to take a neutral stance anymore,” Dorsey said — without offering details on the stances the company should be taking.

Dorsey also didn’t add much clarity to why Twitter bans certain voices. Harris pointed to right-wing troll Milo Yiannopoulos getting the boot, while Nation of Islam leader Louis Farrakhan, who recently compared Jews to termites, is allowed to stay. The latter seemed to clearly violate Twitter’s Hateful Conduct Policy, which prohibits “the dehumanization of a group of people based on their religion.” Dorsey couldn’t explain the disconnect.

And when asked by Joe Rogan on his podcast why digital shock jock Alex Jones was banned last summer, Dorsey simply said he was “not sure.”

This was a frequent response — Dorsey not knowing the “exact specifics” of Twitter’s policies, like when it comes to “deadnaming,” or using a trans person’s previous name. (A Twitter spokesperson later clarified to TheWrap that “targeting someone because of their gender identity has always been a violation.”)

Most glaringly, Twitter’s erratic enforcement undercuts Dorsey’s “No. 1 concern,” which he told YouTuber Gad Saad was “what we are doing to protect physical safety.” At the same time, it gives ammo to his critics.

As Harris later noted in his own appearance on Rogan’s podcast, if safety were truly Twitter’s main priority, Twitter would have punished Kathy Griffin last month when she called for the identities of the Kentucky Catholic high school students seen in a widely circulated video faceoff with a Native American elder in Washington, D.C.

“Name these kids,” Griffin tweeted. “I want NAMES. Shame them. If you think these f—ers wouldn’t dox you in a heartbeat, think again.” Griffin’s tweet, at minimum, called for her followers to violate Twitter’s privacy rules.

Let’s be clear hear: It’s unrealistic for Dorsey, as the head not only of Twitter but also of Square, to know the rationale behind every policy decision about a user who is or isn’t banned.

Still, by granting these interviews, Dorsey had to know he’d be asked about Twitter’s seemingly inconsistent bans and rules enforcement. Conservatives and free speech absolutists have been crying foul after several right-wing voices have been kicked off Twitter in the last year. The goalposts, they argue, appear to shift based on the political affiliation of the transgressor. By not having concrete reasons for why some provocative voices have been punished and not others, Dorsey did little to extinguish one of the biggest complaints against Twitter.

Conversely, Twitter has been skewered by many on the left for its inability to curb harassment. On his popular podcast, Bill Simmons asked Dorsey when Twitter would fix its troll issue. Dorsey said there isn’t “one single fix” to the problem, but that “it’s going to be a constant evolution.”

Twitter has rolled out updates in the last year aiming to silence trolls, including bumping what it considers obnoxious tweets to the bottom of reply threads. How the company determines which tweets are bumped is unclear, however, aside from Twitter saying it ranks tweets based on several factors, including whether the user recently opened many new accounts or regularly tweets about users who don’t follow them back. This has been part of Twitter’s renewed focus on the “health” of conversations on its platform — something Dorsey mentioned several times during his media tour.

But he didn’t have much to say on future steps Twitter might take to combat harassment. Rather, the biggest takeaway from his interviews is that Twitter wants to move towards a more “proactive” system, powered by machine learning, that spots abuse, rather than depending on users to report harassment themselves.

“I will say that we don’t feel great about the state that we’re in,” Dorsey told Simmons. “Our entire harassment and abuse framework is dependent upon people reporting harassment and abuse, and it’s completely unfair that the victim of the abuse and harassment has to report it themselves.”

“Well, that is like telling me I am sick and am responsible for fixing it,” Swisher responded. “YOU made the product, YOU run the platform. Saying it is a huge fail is a cop out to many. It is to me.”

Whether you’re for or against the president, nothing highlights Twitter — and Dorsey’s — confusing standards better than Donald Trump.

Dorsey told the Huffington Post he believes it’s vital to know “how global leaders think and how they act.” He reiterated this line in several of his interviews. That stance apparently gives the president carte blanche to tweet however he wants. Dorsey said it’s important to understand the “context” in which Trump is tweeting, even when he’s using Twitter to threaten North Korea with nuclear annihilation. (Twitter’s rules bar users from making “specific threats of violence” or wishing “for the serious physical harm, death, or disease of an individual or group of people.”)

“It was the context that presidents of this country have used similar language on different mediums,” Dorsey told Rogan. “They say it on radio, they say it on television. If you were to look at President Obama, it wasn’t the exact same tone, but there were threats surrounding the same country. We have to take that context into consideration.”

At what point would Twitter consider removing the president? When asked by HuffPost if threatening to murder a journalist would do the trick, Dorsey nearly gave a definitive answer, before catching himself.

“That would be a violent threat. We’d definitely … you know, we’re in constant communication with all governments around the world. So we’d certainly talk about it,” Dorsey said.

As Harris told Dorsey: “If you’re worried about the health of political conversation in particular, it’s hard to point to anyone whose had a worse influence on the nature of our conversation there [than Trump].”

That irony appeared lost on Dorsey, who only exacerbated the notion Twitter is picking and choosing when its rules apply.

One of the chief complaints against Twitter, and several of its Silicon Valley social-media peers, is that it’s too secretive. The company only reveals something about itself when it’s convenient, rather than when its investors or users are interested in finding out.

This might be changing, if only slightly, with Twitter reporting its daily active user count for the first time ever earlier this month.

Still, the company has a long way to go before achieving glasnost. Its rules regarding users remain obscure, appear to be selectively applied and seem to change on a whim. And despite spending weeks avoiding clear answers to Twitter’s biggest questions, Dorsey seems to understand the company’s messaging shortcomings as much as anyone.

“We should be a lot more transparent about the ‘why’ behind [Twitter’s decisions],” Dorsey told Saad. “And we’re just not there yet.”

When Twitter does get there, it’ll make Dorsey’s next media blitz much more enlightening.