It was just about time for a Twitter backlash.

In recent months, Twitter — a super-fast, short messaging service — has broken the news for plane crashes, wildfires, and terrorist attacks. It hosted an international press conference in Israel, taking and answering tweets not only from reporters, but from people all around the world: “The point of this,” the Israeli Consulate tweeted, “was to hear what ppl say and to share our POV with fellow twitters.”

Since when do consulates of sovereign nations spell “people” “ppl” and share a “POV”?

Since Twitter took over the media landscape. By the time the Turkish Airlines jet crashed near Amsterdam on February 25, it was pretty much taken for granted that the news would be reported first over the messaging service.

But while Twitter is changing the way reporters and editors have to do their jobs, it is also inspiring a round of crankiness, agita and outright backlash against the service.

The latest example: movie star Ewan MacGregor just learned that 20,000 fans had signed up to follow his every move via Twitter, in an account set up by imposters.

Twitter arrived in 2006, a marriage of micro-blogging and social networking. In the world of instant messaging, apparently even texting had become cumbersome. Twitter CEO Jack Dorsey wanted a way to update his friends and family on what he was doing, at any minute, via a maximum of 140 characters.

For a year, Dorsey and his friends tweeted quietly. Then, in what David Sarno, who writes a Los Angeles Times column about the Internet, calls Twitter’s unofficial coming out party, the Twitter team attended the South by Southwest Music and Media conference in Texas and found its following.

“They unveiled the service to a bunch of Web geeks,” Sarno said, “and it caught fire immediately because all the geeks were using it to tell each other where the parties were.” 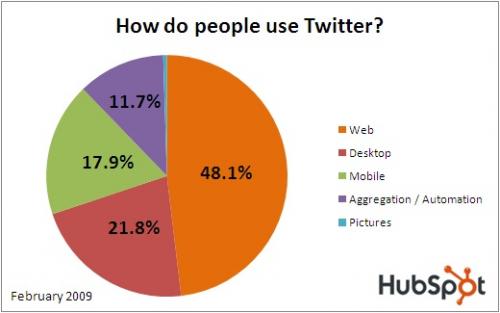 Twitter is turning journalism into a “year-round Christmas newsletter,” Alessandra Stanley of the New York Times recently complained about reporters who over-tweet.

Mark McKinnon wrote acidly on the Daily Beast, “Twitter jumped the shark when, to great fanfare, members of the mainstream-media elite announced they had been baptized and would from now on be holding forth from Twitterdom, and then members of Congress Twittered President Obama’s speech.”

Jon Stewart duly mocked the Congressmen on the "Daily Show" the day after President Obama’s State of the Union address, speculating on what they might be tweeting about rather than listening to the President’s speech. Which of course was itself twittered about.

Most severe was the criticism that followed the Rocky Mountain News’ decision to tweet coverage of three year-old Marten Kudlis’ funeral last September. “family members shovel earth into grave,” tweeted a reporter covering the funeral. “earth being placed on coffin.”

The outraged public confirmed that their anger was not only about the messages, but about the medium. One respondent wrote, “Leave the microblogging to Hurricane coverage, sports tickers.” Another was more succinct: “sorry your child is dead kthxbye.”

The reporter was also slighted for spelling errors and grammatical mistakes, since no editor reviewed his tweets before sending them.

But why exactly was the funeral coverage so disturbing? Everything else about what the reporter did — update the community concisely and in real time — is nothing new.

Twitter’s brevity is similar to headlines. Its transmission of media content in real time is hardly different from an email alert, and it’s essentially what live radio and television broadcasting have done for decades. Before that, there were smoke signals.

In the case of Twitter, it goes immediately and without filtering into the bloodstream of the community, aimed at a list of self-selected followers but searchable by anyone.

And that, perhaps, is something that requires adjustment.

“Twitter takes it all a step further,” said The L.A. Times’ Sarno. “It’s zero money, it’s basically zero effort. Anybody can produce content.” Because Twitter produces not only the most media content, but the most unfiltered media content, Sarno said, it falls naturally at the bottom of the media food chain.

But newspapers are shrinking, while Twitter just received $35 million in venture capital investment. With the money, Twitter will now look into generating revenue, which despite its celebrity status it hasn’t yet done.

Whether it turns into a thriving business or not, the current backlash may well prove brief. Twitter only grows.

One of its newest recruits is National Public Radio senior news analyst Daniel Schorr, who has been filing news reports since the 1920s.

Schorr expressed remorse about the breakdown of editing and the harder-to-discern line between what’s true and what’s made up. But he ultimately decided to sign up because, like so many others, he is attracted to Twitter’s elusive invitation to join the collective conversation.

“It somehow reminds me … of something in ancient Greece, the agora, the marketplace,” he said. “You come out and you say things at the marketplace and everyone can hear.”