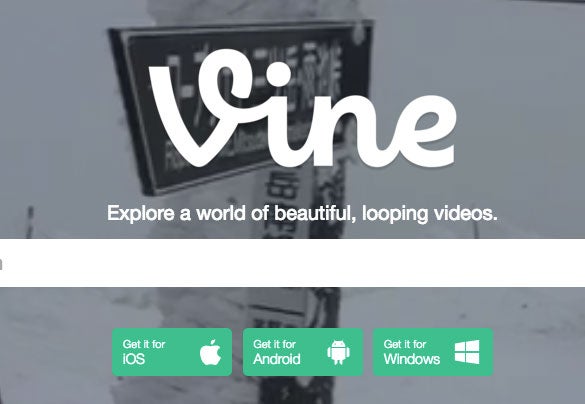 Twitter will shut down its social video sharing service Vine, both teams announced in a blog post on Thursday.

The platform’s website will stay online so users can still watch existing videos, but Vine’s mobile app will be discontinued, meaning that no new content will be created.

“Nothing is happening to the apps, website or your Vines today,” read the blog post. “We value you, your Vines, and are going to do this the right way. You’ll be able to access and download your Vines. We’ll be keeping the website online because we think it’s important to still be able to watch all the incredible Vines that have been made. You will be notified before we make any changes to the app or website.”

Twitter acquired Vine in 2012 before the app, known for its six-second video clips, had even launched. Over the years, it became popular among its stars, including Cameron Dallas, Nash Grier and Andrew Bachelor, a.k.a. King Bach.

In response to the announcement, Vine founder Rus Yusupov threw some shade at the social network, tweeting, “Don’t sell your company!” Yusupov was laid off by Twitter a year ago after having started the service along with Dom Hofmann and Colin Kroll. They sold Vine for $30 million, according to TechCrunch.

In June, Twitter announced that it would be extending its 30-second video restriction to 140-seconds to match the character limit for tweets. At the time, the company announced the feature would also work with Vines.

Also Read: Twitter Could Lay Off Hundreds of Employees This Week

Twitter also sent employees packing last year when co-founder Jack Dorsey took over as chief executive officer. The company was looking to sell itself and continues to lose money, but has managed to remain vital to its users.