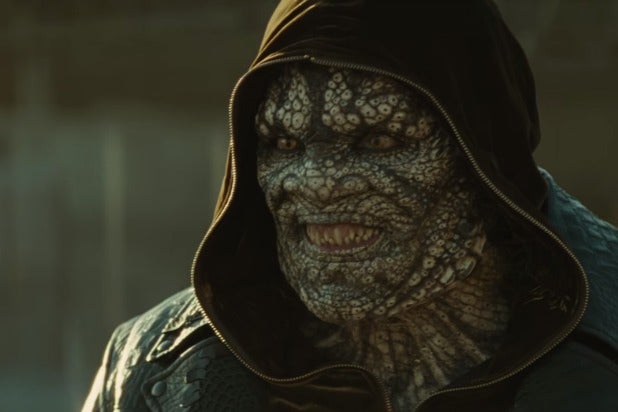 “Suicide Squad” is now an Oscar-winning film after picking up Best Makeup at the 2017 Academy Awards, and Twitter is not especially thrilled.

The DC Entertainment movie, directed by David Ayer, was ruthlessly panned by critics and many DC fans. One big reason for that: Its depiction of The Joker, played by Jared Leto. In fact, it was Leto’s makeup effects, which included a bunch of tattoos of words all over his face, that drew a lot of the criticism. (And memes. So many memes.)

But as far as the Academy is concerned, the movie’s makeup effects were good enough to beat out competitors “Star Trek: Beyond” and “A Man Called Ove.”

Alessandro Bertolazzi, Giorgio Gregorini and Christopher Nelson won the Academy Award for Best Makeup and Hair Styling during the award show. Apart from Leto’s Joker makeup, though, the movie included Killer Croc (Adewale Akinnuoye-Agbaje), a half-crocodile half-man villain whose whole look was makeup effects. And that was pretty impressive.

Still, a lot of people on Twitter were not impressed. Or at least, they really didn’t want to have to now put “Oscar-winning film” in front of “Suicide Squad” when talking about it.

Suicide Squad getting an Oscar for Makeup is like a Browns player making the Pro Bowl.

#ComicBookOscars SUICIDE SQUAD won an Oscar! ????
The script was written in 6 weeks.
This was for makeup, which actually took longer to apply.

We no longer have as many Oscars as Suicide Squad ????

guys if suicide squad can win an oscar, u can do anything

And of course, the obligatory joke about the Donald Trump presidency. Because nothing in 2017 can pass without one.