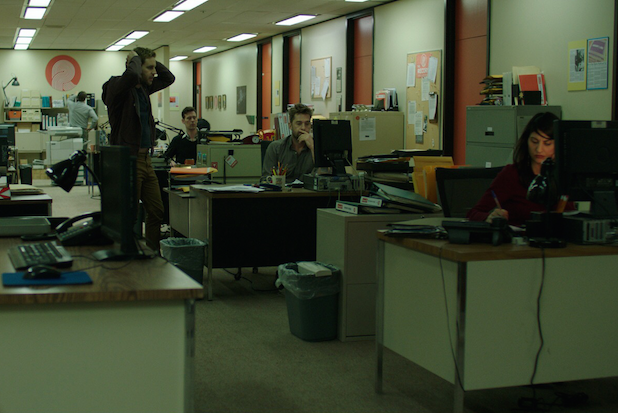 Update: An earlier version of this story said Twitter will stream the film on its app; that was incorrect. The tech company will be handling outreach for “Run This Town.”

Twitter is linking with Oscilloscope Laboratories to do outreach on Ricky Tollman’s feature film debut, “Run This Town,” starring Grammy and Tony award-winner Ben Platt as a precocious journalist who stumbles into a life-altering story. The film will release day-and-date on March 6.

“Run This Town” follows Bram, a young newspaper intern who desperately wants to cover hard-hitting news but is stuck writing listicles; his fortunes suddenly change when he luckily finds some salacious information on ex-Toronto mayor Rob Ford and is thrust into a hasty investigation that links him with two of the mayor’s aides. The Twitter-Oscilloscope partnership comes a year after the film debuted at the SXSW Film Festival.

“We are living in a moment where the media and politics have (d)evolved into an amorphous mess of who knows what,” Oscilloscope President Daniel Berger said in a statement. “‘Run This Town’ very smartly and creatively thrusts us into this world from the perspective of a millennial generation that will be inheriting it. It’s an acutely realized film that a lot of people can learn a lot from. And we’re psyched to be able to introduce it to audiences with the help and support of Twitter, a company that finds itself very much embedded in this landscape.”

As part of the partnership, Twitter will promote the film to its users before it becomes on March 6. The deal marks the first of its kind for Oscilloscope, which was founded in 2012 by David Fenkel and Beastie Boys member Adam Yauch.

“Twitter is the biggest real-time conversation about movies in the world,” says Michael Palombo, Head of Entertainment at Twitter Canada, “With 54% of movie trailer views on release day happening on Twitter, this conversation provides real-time data that acts as a sounding board for audience opinion. We have exciting plans for Run this Town, a movie which speaks brilliantly to its audience about issues facing our generation.”