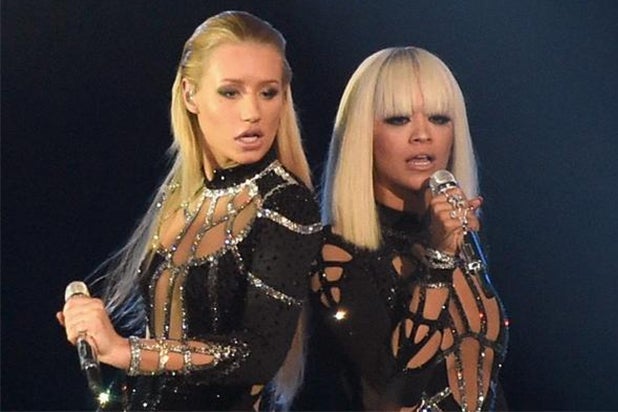 The 2014 MTV “Video Music Awards” handily beat every other TV show over the past week on Twitter, according to Nielsen’s Twitter TV Ratings.

The ABC Family drama was in second place, accounting for 213,000 tweets by 75,000 authors. Nielsen ranks its Twitter TV Ratings by unique audience, which for “PLL” meant 2.1 million users.

Rounding out the Top 5 was “Love & Hip-Hop Atlanta” and CBS’ “Big Brother.”

It is important to note that the TV chart does not count sporting events — even the televised ones. If it did, the Cleveland Browns at Washington Redskins would have been a runaway second-place telecast, with a unique audience of 6.05 million users. It generated 431,000 tweets.

As a matter of fact, the top seven sporting events would have bested “Pretty Little Liars.”

The sports list is the second one embedded beneath the first. The more general TV rankings are directly below.

Here are the full rankings: