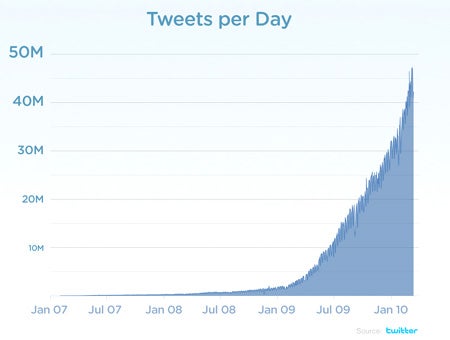 On Monday, Twitter shared an interesting metric that shows its staggering growth in usage.

The graph above tells a story of how we’ve grown over the past three years in terms of number of tweets created per day. Please note that tweets from accounts identified as spam have been removed so the counts in this chart do not include spam.

Weil said the company plans to release more metrics like this soon, which will only fuel speculation that Twitter is planning to introduce advertising within its stream — something Twitter has so far resisted.