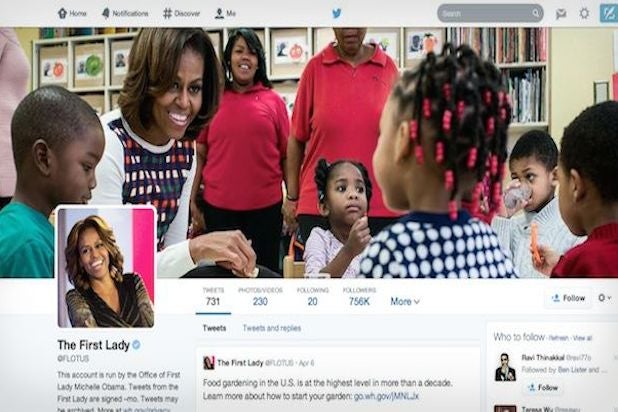 As with most social media redesigns, everyone is a critic — and there was much kvetching to go around by Twitter users — but by and large, bloggers were very welcoming of the changes.

…looks a bit like a Facebook rip-off. But if you take a closer look, you’ll see it’s also a pretty good business move.

It’s true: Almost everything about Twitter’s new profile design — from its horizontal cover photo to its photo-centric timeline — looks a whole lot like Facebook.

That Twitter chose to break all of this news on The Today Show only seems to reinforce this new, consumer-friendly approach. Twitter has, traditionally, been far less public than Facebook about its announcements. When news breaks at Twitter, it’s typically done in a blog post. By announcing on The Today Show, Twitter is not only publicly singing its own praises. It’s doing so on a morning show that tends to be more popular with stay-at-home moms than with the typical tech crowd.

The more consumer friendly design is clearly targeted to first time users of the site, using larger photos and text to attract the mom-crowd Twitter needs to compete with Facebook.

The new look may irk users — people don’t like change, after all — but may cheer advertisers or advocacy groups who are looking to build brand communities on Twitter. (Twitter is already showing off how useful the new layout can be to celebrities.) Being able to pin a tweet about your latest product or campaign to the top of your profile could help you more easily grab followers. That matters a lot when you’re trying to build followers from people who may just be flitting by your profile, taking just a second or two to decide whether to hit the “Follow” button .

While the latest update is certainly different, and is more appealing visually, whether this enhances its ‘stickiness’ at all remains to be seen.

It shifts profiles slightly further from the linear, time-based end of the spectrum and towards something more akin to Facebook, and is probably designed towards making the service more accessible to new users. It’ll probably meet with some criticism from existing members (what doesn’t?), but overall, it’s a look I like.