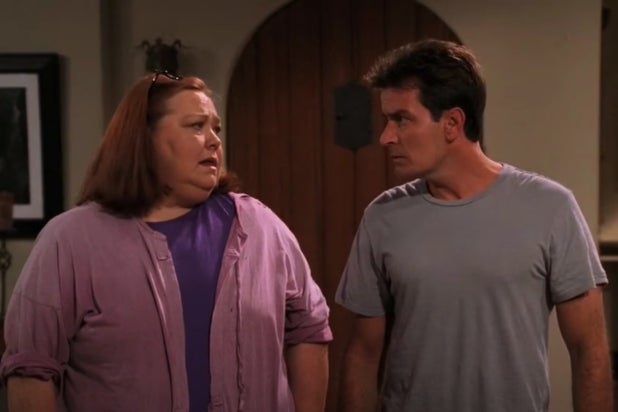 The cast and crew of “Two and a Half Men” gathered to share fond memories of their beloved co-star Conchata Ferrell after news of her death broke Tuesday, calling her death “a shocking and painful loss.”

Ferrell starred as Berta the housekeeper on the popular sitcom which ran for 12 seasons on CBS. She was surrounded by her family in Sherman Oaks, California when she died of complications resulting from a cardiac arrest on Oct. 12, according to Deadline.

“Two and a Half Men” co-creator Chuck Lorre remembered her fondly in a statement to Deadline, writing: “We called her Chatty. And we all loved her. Twelve years of highs and lows, and lots and lots of laughter. Through it all she was a rock. One of the greats. I was privileged to call her a friend.”

Also Read: Conchata Ferrell, Berta From 'Two and a Half Men,' Dies at 77

Fellow co-creator Lee Aronsohn called her “a warm, wonderful woman who was always a joy to be around on set,” and said that his “heart goes out to her husband Arnie, who was *always* by her side.”

“Berta, your housekeeping was a tad suspect, your ‘people’ keeping was perfect,” he added.

Fellow star Jon Cryer called Farrell “a beautiful human,” and noted that “Berta’s gruff exterior was an invention of the writers. Chatty’s warmth and vulnerability were her real strengths. I’m crying for the woman I’ll miss, and the joy she brought so many.”

an absolute sweetheart
a consummate pro
a genuine friend
a shocking and painful loss.

Berta,
your housekeeping
was a tad suspect,
your "people"keeping was perfect.

A warm, wonderful woman who was always a joy to be around on set.

My heart goes out to her husband Arnie, who was *always* by her side.

If you’re so inclined, today would be a great day to check out her wonderful body of film work. Edward Scissorhands, Erin Brockovich or some of her work from back in the day like Network and the little seen gem Heartland with Rip Torn.