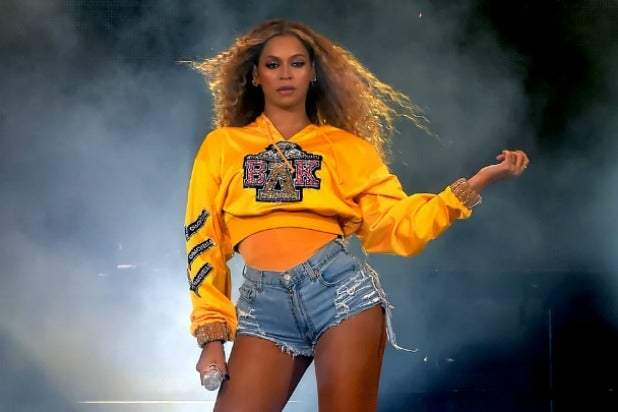 Instead of being another surprise offering, the albums, released under the name “Queen Carter” on Spotify and Apple Music, turned out to be leaked compilations of old songs and demos. The leaked albums, titled “Have Your Way” and “Back Up, Rewind,” included one song that dated as far as Beyonce’s appearance in 2002’s “Austin Powers in Goldmember,” along with other tracks that had leaked online before.

Spotify and Apple Music didn’t immediately respond to TheWrap’s request for comment Friday on how the albums were briefly available.

Beyonce wasn’t the only star that “released” old material, either. A leaked album from SZA recently went up on Apple Music and Spotify under the name “Sister Solana.” Terrence “Punch” Henderson, president of Top Dawg Entertainment, tweeted Thursday the SZA album contained “old songs” that “were stolen and leaked.”

There is no new SZA album out. Old songs were stolen and leaked. We are currently fixing the issue. Please feel free to continue enjoying Ctrl until the next album is ready.

The leaked Beyonce albums were conspicuous in that they weren’t exclusively released on Tidal, the Jay-Z backed streaming service. Beyonce and Jay-Z’s joint album “Everything Is Love” was a Tidal-exclusive for two days earlier this year before hitting other services.

Also Read: Beyonce Gets a Rare Rejection - From Rome's Colosseum

Leaked or not, some Beyonce fans still joked online they wanted to enjoy the two bootleg albums as much as possible — while others enjoyed pointing out the tracks weren’t new at all.

Me listening to Queen Carter as much as possible before Beyoncé snatches it back pic.twitter.com/gFVDSn3GZf

Me listening to Queen Carter before Beyoncé shuts down all music streaming services pic.twitter.com/lVpXy0PpD2