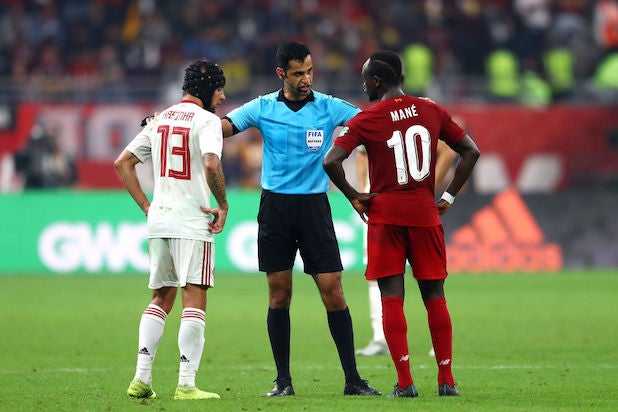 Hernan Lopez and Carlos Martinez were charged with wire fraud and money laundering and accused of using shell companies and sham consulting contracts to conceal or disguise their bribes and kickback payments over a period of more than 20 years. In return, prosecutors said that Lopez and Martinez’s bribes helped them obtain confidential bidding information and the U.S. broadcasting rights for Fox to the 2018 and 2022 World Cup tournaments. Lopez, who is the founder and CEO of podcast network Wondery, is the former CEO of Fox International.

“By conspiring to enrich themselves through bribery and kickback schemes relating to the sale of media and marketing rights to various soccer tournaments and events, among other schemes, the defendants deprived FIFA, the confederations and their constituent organizations — and, therefore, the national member associations, national teams, youth leagues and development programs that relied on financial support from their parent organizations — of the full value of those rights,” the indictment, which was unsealed on Monday, read. “The schemes had powerful anti-competitive effects, distorting the market for the commercial rights associated with soccer and undermining the ability of other sports marketing companies to compete for such rights on terms more favorable to the rights-holders.”

Attorneys for Lopez and Martinez maintained their clients’ innocence.

“We are certain a jury will swiftly exonerate Carlos, as these charges are nothing more than stale fiction,” Steven McCool, a lawyer for Martinez, told Bloomberg.

“It’s shocking that the government would bring such a thin case,” Matthew Umhofer, an attorney for Lopez, also said. “The indictment contains nothing more than single paragraph about Mr. Lopez that alleges nothing remotely improper. Mr. Lopez can’t wait to defend himself at trial.”

Lopez and Martinez were charged alongside the Uruguayan sports marketing company Full Play Group and Gerard Romy, the former co-CEO of the Spanish media company Imagina Media Audiovisual. Lopez, Martinez and Full Play are expected to be arraigned on April 9 in Brooklyn.

Representatives for Fox Sports did not immediately respond to TheWrap’s request for comment.