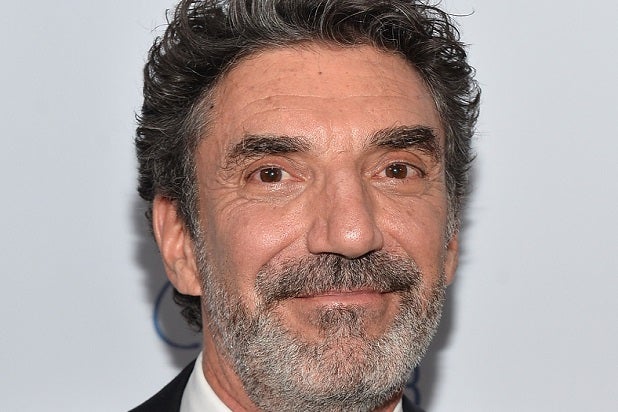 Chuck Lorre had a mild bit of road rage on Thursday night — but instead of playing out on one of Southern California’s congested freeways, Lorre made his displeasure known on national television.

“Two and a Half Men” and “The Big Bang Theory” executive producer Lorre took aim at workers toiling on the renovation of the 405 freeway in his latest vanity card — the whimsical messages that appear at the end of his shows.

In the screed, Lorre basically accuses the workers of being layabouts who are “not actually doing anything” on most days.

“Dear Guys Working on the 405 Freeway, How’s it going?” Lorre begins. “I only ask because you started work over five years ago to add more lanes and, well… there aren’t any.”

Lorre goes on to ask, “Is it possible you’ve grown bored with the project? I certainly would understand that. I’ve got more than a few half-finished scripts sitting in my desk. Of course, when I blow off my job millions of commuters aren’t, how shall we say… fornicated.”

The producer further suggests that the project might be understaffed, and that they might hire “a few thousand more guys and work in ’round-the-clock shifts, instead of, you know, just when you feel like it.”

During the rant, Lorre refers to the overburdened freeway as “the ol’ 4-nication-05” — which, really, is a joke that he’d probably think twice before inserting it into one of his shows.

Lorre tops things off with a suggestion that commuters should be allowed to use the workers’ porta potties when their bladders are strained while stuck in traffic.

Sounds like Lorre has already found himself a pretty effective dumping ground.

A representative for the Los Angeles County Metropolitan Transportation Authority, the lead agency on the 405 project, has not yet responded to TheWrap’s request for comment. We’ll resist the urge to write a pissy title card about it.