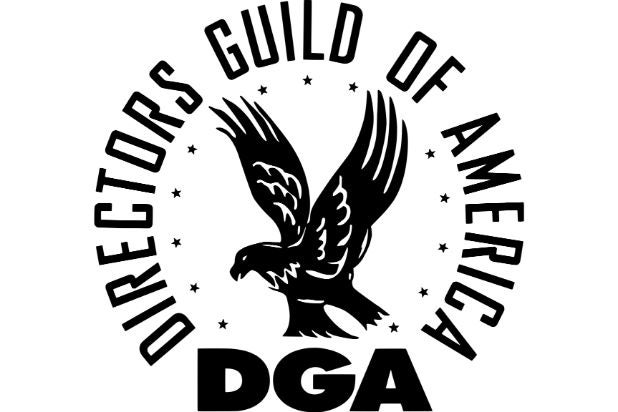 The Directors Guild of America announced in its latest inclusion report that 66% of directors in television productions were white and male, despite increases in representation for women and directors of color.

“It’s hard enough to achieve success in the competitive world of TV directing,” DGA president Thomas Schlamme said in a statement. “Therefore, it is vitally important that no group should be disadvantaged when it comes to developing a career. That’s always been the driving force of our work to push this industry towards more inclusive hiring practices and a level playing field.”

He continued, “Our most powerful tools to analyze the availability of opportunities have been these in-depth data reports. And while we see encouraging growth in some areas, we will not be satisfied until we see fairness for all. Inclusion is not about one group or another, inclusion means everyone.” 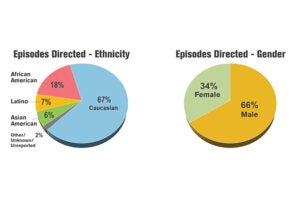 But when gender and ethnicity are combined, the numbers are still very poor for female directors of color. While white women directed 23.4% of TV episodes, only 5.2% were directed by Black women. The stats are even worse for Latina and Asian American women, who held episode shares of under 2.5%. 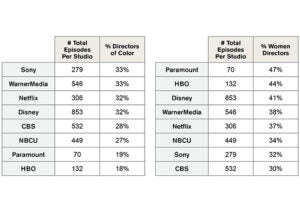 No studio had directors of color represent more than one-third of episodes directed, with Sony, WarnerMedia, Netflix and Disney all holding POC shares of 32-33%. For female representation, HBO is one of three studios with shares above 40%, with Paramount having 47% of its 70 episodes directed by women and Disney having 41% of its 853 episodes.

Schlamme has urged both studios and showrunners to be mindful of diversity when hiring directors for TV shows. He especially encouraged diverse hiring of first-time directors, noting in the report that such hires are essential to long-term changes against discrimination and bias in Hollywood.

“Changing the pipeline is key to one day achieving an inclusive industry, and this data on first-time hires shows we are on the road to getting there,” Schlamme said. “The greatest tool that producers have toward that goal is in giving a first break. But to truly achieve the potential of that power, employers must be conscious of the weight and meaning of that incredibly valuable first directing job — which is not only for the enormous benefit of the individual, but for the industry at large.”