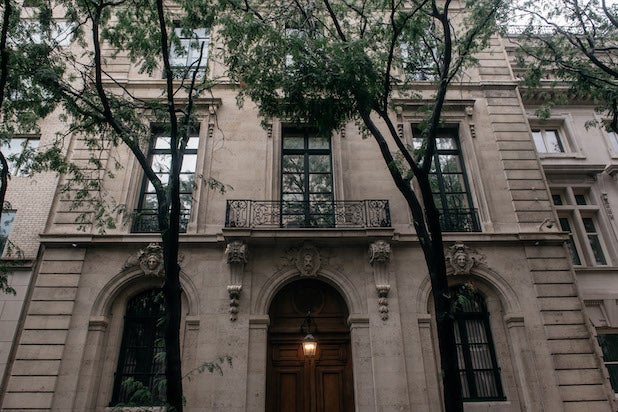 Four anonymous women have accused Jeffrey Epstein of sexual assault in a $100 million lawsuit filed in August, and later updated in December, against Epstein’s estate and 10 of his employees.

The lawsuit’s initial filing came a day after Jennifer Araoz, another woman who accused Epstein of assaulting and raping her when she was a teenager, sued the estate. The suit, filed under federal sex trafficking laws, says that two of the women — listed as Jane Does — were both hostesses at a coffee shop in New York and aspiring models when they were approached by an unnamed woman, “Sue Roe,” about giving massages to Epstein in exchange for money.

The suit says the two women were initially hesitant, but Sue Roe took them to a club and reassured them that the massages would be brief, there would be no “unwanted touching,” and that they’d receive “hundreds of dollars,” according to the suit. The suit says the two women were “excited and hopeful about the opportunity to make money now and in the future,” and accepted the offer, going to Epstein’s house separately to perform the massages.

The first woman, Jane Doe 1, says that Epstein “became increasingly more aggressive, made sexual advances, and
masturbated” during the massage. Then, the suit says, “Epstein, forcefully and without warning, grabbed Jane Doe 1’s breasts
and vagina and then masturbated to completion.” After she was given money for the sexual massage, the suit says, Roe offered the woman a job to “scout other women for money” — an offer that Jane Doe 1 refused.

According to the suit, about two days after Jane Doe 1’s visit, Jane Doe 2 went to Epstein’s house after Sue Roe reassured her that she wouldn’t have to undress for the massage and that Epstein would not touch her. But once Epstein was alone with Jane Doe 2, the suit says, he “utilized increasingly aggressive tactics” and told her to undress. Out of fear, Jane Doe 2 did as she was told and says Epstein “sexually molested her by forcefully touching Jane Doe 2’s breasts and masturbating in front of her. Epstein then forcefully penetrated Jane Doe 2 with his hand and an object,” the lawsuit states.

Attorney Lisa Bloom, who represents the women, said in a statement that Jane Does 1 and 2 were 18 and 20 years old when they say they were assaulted by Epstein.

Jane Doe 3, who joined the lawsuit in late December, says she was about 15 years old when she was sexually assaulted by Epstein at a model casting call for Elite Model Management. The suit says Jane Doe 3 was directed to go to a home on New York’s Upper East Side by Elite’s owner, John Casablancas, for the casting call. There, the suit says Epstein masqueraded as a casting photographer connected with the agency and instructed Jane Doe 3 to remove her clothing. And when she was in just her underwear, the suit says Epstein pinned her against a wall, “pulled down his pants, and thrusted against her until he ejaculated.”

The assault led Jane Doe 3 to flee New York and unenroll from her high school because of “psychological and emotional scarring,” according to the suit.

Jane Doe 4, who also joined the suit in late December, says Epstein had raped her across state lines, beginning when she was 13 years old. The two had initially met in South Carolina, where Epstein had rented or leased a home from Jane Doe 4’s mother, who was a real-estate agent. At the time, the suit says Epstein hired Jane Doe 4 to be a babysitter. But when the 13-year-old arrived at Epstein’s house and did not see any children to babysit, the suit says Epstein offered her drugs and alcohol and raped her later that night.

The pattern of abuse would continue on for several years, according to the suit. Jane Doe 4 was flown out to New York on several occasions and offered up as “fresh meat” to other wealthy men, some of whom also raped her, the suit says.

The four women are seeking $100 million for debilitating psychological damages and trauma.

“Jeffrey Epstein hurt so many girls and women in his life. We call upon his beneficiaries to do right by them after his death,” Bloom said in her August statement.

An attorney for Epstein’s estate did not respond to The Wrap’s request for comment.

For the record: This article was updated to include Jane Does 3 and 4, who joined the lawsuit in December.