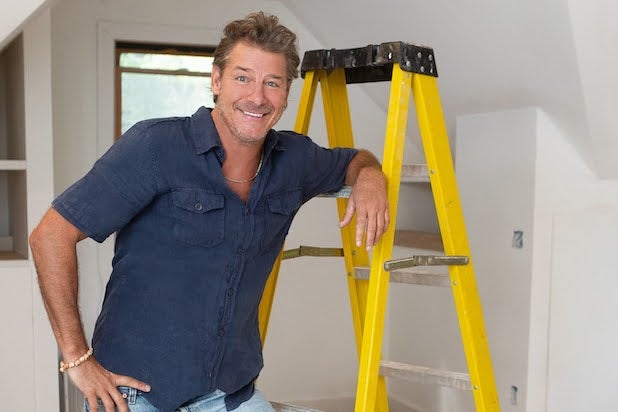 Ty Pennington is getting his own HGTV series, “Ty Breaker,” in which the former TLC “Trading Spaces” standout and ABC “Extreme Makeover: Home Edition” host will help “desperate” families decide whether to rehab their current property and stay in it, or to renovate a new home to “better meet their needs,” according to the show’s logline.

Though it might sound crazy, “Ty Breaker” is actually Pennington’s first HGTV series. He’s only appeared on the popular cable channel as a guest star over four episodes of the recently rebooted “Extreme Makeover: Home Edition,” which was hosted by “Modern Family” star Jesse Tyler Ferguson.

(If the “Ty Breaker” concept sounds familiar, by the way, it’s because home-renovation series are understandably running out of approaches. Also, it works.)

In each episode of “Ty Breaker,” Alison Victoria (“Windy City Rehab”), Grace Mitchell (“One of a Kind”) or Sabrina Soto (“The High Low Project”) will entice the family to choose an alternative home that can be renovated to fulfill their wish list, while Ty does all he can to persuade the family to stay.

It’s kind of like “Love It or List It,” but with a whole bunch of construction dust either way.

Regardless of the choice, Pennington and his particular co-host on the episode will work on creating “the perfect dream home for the family.”

“Ty Breaker,” which has an eight-episode order, is slated to premiere in early 2021.

“I am so happy to be back in my element on ‘Ty Breaker’ — helping people to not only love their space but showing them how to LIVE in it,” Pennington said in a statement. “We’ll address challenges that families face every day, but we’ll mix it up with friendly competition from my super-talented friends. You’ll see us having a lot of fun and creating killer designs!”

But which came first: the title, or the concept? Vote in the comments section.