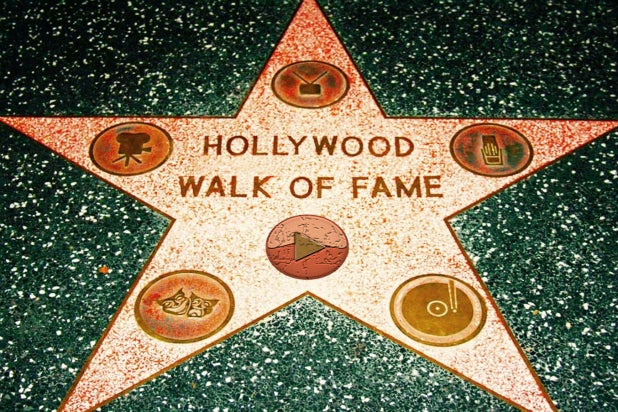 Tyler Oakley has more than 5 million followers on YouTube. But is that enough to land him a star on the Hollywood Walk of Fame?

Will Keenan, president of digital-video company Streamup, thinks so. The former Maker Studios executive launched a petition Friday that would create a new category of Walk of Fame stars devoted to talent from YouTube, Vine and other digital-video platforms.

The Walk of Fame currently grants stars in five categories — motion pictures, television, recording, radio and live performance. A recipient’s category is indicated on his or her star by an icon below the person’s name.

“It’s time. There are wax figures of streaming stars at Madame Tussaud’s, top industry trades say digital stars have, for awhile now, been more influential and more popular than ‘traditional’ celebrities, and these incredibly successful talents have many millions of fans and star in the most-viewed content around the world,” Keenan said in a statement. He added, “Adding digital stars would open up The Walk’s commemoration ceremonies and regular visitation to a massively growing and unprecedentedly mobile new audience.”

Keenan joined live-video streaming company Streamup as president in 2015 after serving as president of digital video service Endemol Beyond.

Filmmaker Quentin Tarantino was the most recent inductee into the Walk of Fame, receiving his star Dec. 21.