Tyler Perry is set to write, direct and produce an adaptation of Ntozake Shange’s 1975 play "For Colored Girls Who Have Considered Suicide When the Rainbow Is Enuf" for Lionsgate, the studio announced Thursday. 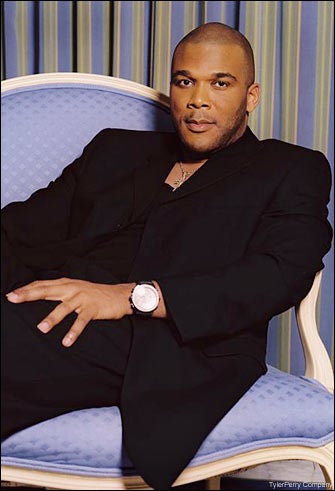 The film will be the first project from Perry’s new production company housed by Lionsgate, 34th Street Films. Lionsgate and Perry have a longstanding relationship, as the new project marks the 10th title the two parties have worked on together.

Shange’s Obie award-winning play explores what it’s like to be both female and of color through a series of 20 poems about issues like domestic abuse and abandonment.

The play was first performed in 1975 and was made into a television movie for PBS’ "American Playhouse" in 1982.

The film, which is Perry’s first to be based on non-original material, will have a cast of all female actors.

"From the very beginning of his career, Tyler has told compelling stories about women’s lives, and he has created a memorable gallery of multidimensional female characters," Mike Paseornek, Lionsgate’s president of motion picture production, said in a statement. "He is an ideal person to bring Ntozake Shange’s play to the screen, and this movie will be a major treat for audiences across the board."

Perry called the opportunity to adapt the play a "dream come true."

"Ntozake Shange’s play is a magnificent tribute to the strength and dignity of women of color, and I think audiences of all generations will be able to recognize and embrace the experiences these women represent," he said in a statement.

Principal photography is set to run from November to December of this year in Atlanta, and the film will be released sometime next year.

Meanwhile, Lionsgate’s "Tyler Perry’s I Can Do Bad All By Myself" opens on Sept. 11, while "Tyler Perry’s Why Did I Get Married Too?" follows next year on April 2.

Alongside Oprah Winfrey, Perry is also a co-presented and executive producer of Lee Daniels’s Sundance Film Festival award-winner "Precious: Based on the Novel ‘Push’ by Sapphire," which Lionsgate will release in November.