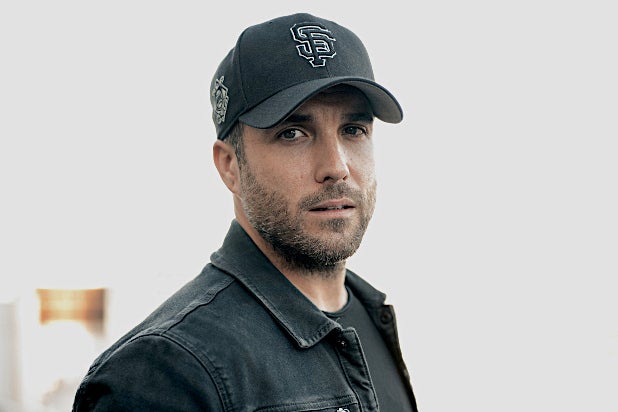 Country singer Tyler Rich’s mid-day New Year’s Eve run through the woods near his Massachusetts home lead to the discovery of a dead man, he said in a lengthy Instagram post Friday.

“Not the way I planned on closing out 2020… I guess my last day of the year made sense. My heart breaks for this poor young man 😞,” he began. “This will be an image and moment of my life, I’ll never forget.”

Rich recounted the horrific details, saying he was on a four-mile run across Chicopee State Park when he saw what he thought was a young homeless man sleeping.

“He was on his stomach and had a bag tied around his foot and was face down,” he wrote. Although Rich continued his run, he later returned to check on him because he “looked like he was in a bad place.”

“I realize he isn’t breathing, and as I get around to the front of him, all I see is a lifeless face covered in blood. Everywhere. Looked like maybe shot, or blunt force,” he continued. “At this moment I freak out and sprint up the hill to try and find anyone with a phone to call the police (I only had my Apple Watch at the time).”

Rich said he found a couple with a phone, he made that call and shortly thereafter gave statements to state troopers, FBI, local police and detectives for a “couple hours.” While searching the body, Chicopee officers found a gun in the man’s hand, which was under his body. “Which means it potentially could have been a suicide…not that there is any type of thing that could help me cope with find him like this,” Rich said. “But, for sure knowing he wasn’t there discarded by someone else, and that he was there where he wanted to be, will at least put me a little more at ease.”

An investigation is currently underway, but James Leydon of the Hampton District Attorney’s Office told Western Mass News the incident “does not appear criminal in nature.”

“I’m doing what I can to process this, the image, the reality,” Rich said. “It’s been a rough 24 hours. Something, I’ll never unsee. Or forget the couple minutes when it was just him and I down at the water as I figured out what the hell was going on and what I was going to do. Dead silent middle of a state park. Just running water, and him and I…he looked like a young, normal kid. Someone with a family probably wondering where he was.”