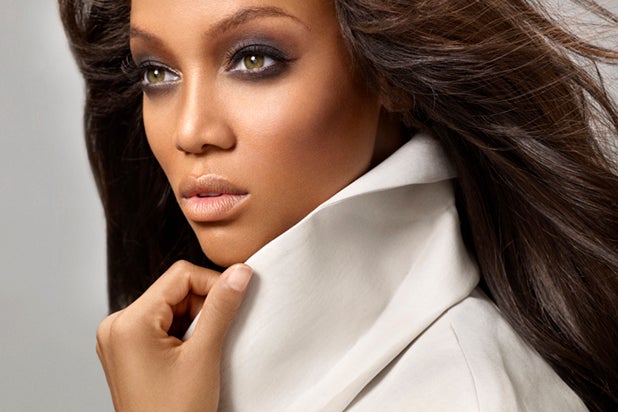 Add Tyra Banks to the growing list of celebrities who are joining Jeffrey Katzenberg’s Quibi, with the upcoming streaming service sharing that it is developing a new series, which is co-produced by and starring Banks, where traditional beauty standards are examined and reconsidered.

The show, titled “Beauty,” will make viewers “question everything you ever thought was beautiful,” according to Quibi. The series will celebrate “all types of beauty” while questioning prototypical aesthetic standards, the company added.

“As I look into the future, I see radical changes in both how people ‘attain beauty,’ and how the world perceives beauty,”  Banks said in a statement.”Our docu-series aims to expand and redefine the definition of beauty as we know it, challenging why we accept certain beauty parameters and reject others, and examining the beliefs behind those judgments.”

Terms of the deal and how many episodes were not disclosed. Network Entertainment will produce the series, with Banks serving as executive producer.

Banks is the latest star to link with Quibi. The service, short for “quick bites,” announced last week it signed Idris Elba to lead a stunt driving series; Quibi is also developing a new sci-fi show, starring Don Cheadle, where a high school senior finds out she isn’t human.

Set for a Spring 2020 launch, Quibi is banking on short-form content between 7-10 minutes long to attract viewers in an increasingly crowded content space. With $1 billion in funding from big-name investors like Disney and Viacom, CEO Meg Whitman and Katzenberg have started ordering shows to fill the platform, including a series based on the rise of Snapchat — a show Katzenberg compared to its own version of “The Social Network.”

“This is a completely new platform, with a completely new opportunity to tell stories in a different format,” Whitman said last week while speaking at the 2019 Produced By Conference. “People are watching up to 60 minutes a day of video on their phones, and that figure is only going to get bigger with the arrival of 5G.”