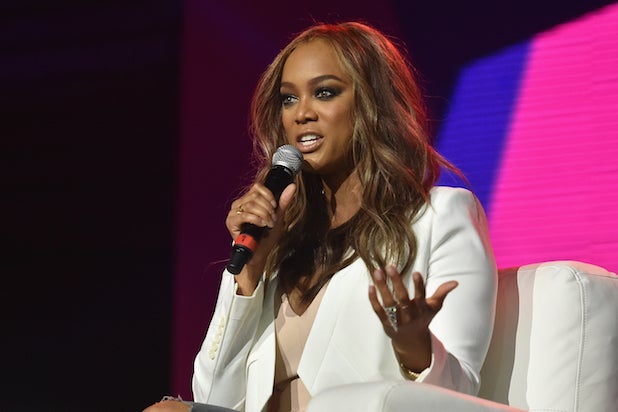 Universal Television is getting into the Tyra Banks business.

The NBCUniversal-owned studio, along with Universal Television Alternative Studio, has signed a first-look deal with Banks that will see her Bankable Productions banner create both scripted and unscripted programming.

Banks is currently in her second season as host of NBC’s summer-time reality series “America’s Got Talent.” Her new deal won’t effect her participation as host. The series, while airing on NBC, is produced by FremantleMedia.

“Tyra is one of the most driven producers in television. She has long brought incredible passion to her unscripted projects and I can’t wait to start collaborating with her on the scripted side,” said Universal Television president Pearlena Igbokwe.

Banks’ Bankabale Productions is most-known for creating “America’s Next Top Model,” which has run for 24 seasons on UPN, The CW and VH1. The “Top Model” format airs in 150 countries and has 25 international versions worldwide.

“‘America’s Next Top Model’ has been on the air for 24 seasons, proving Tyra’s standing and commitment as one of television’s top producers. We are thrilled to infuse her creative vision, expertise and dedication into our studio’s development,”  said Meredith Ahr, president, Universal Television Alternative Studio.

Banks is set to star in “Life Size 2,” the sequel to her 2000 TV film that will air in Freeform in December.