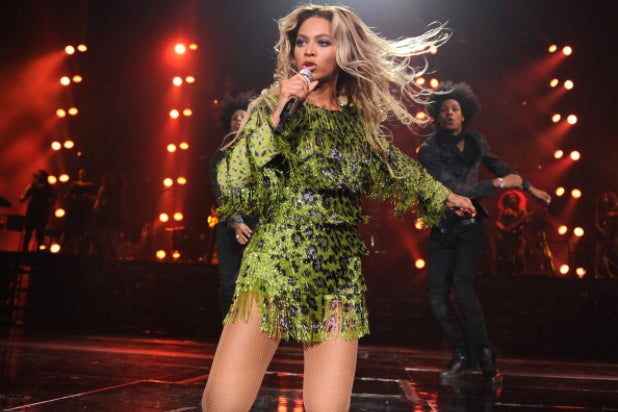 Mrs. Carter, your industry is going to need you to go ahead and secretly drop some more hotness.

For the first time in history, the U.S. music business saw a decrease in digital sales in 2013.

Those results don’t mean that people are consuming less music digitally — while official Nielsen SoundScan streaming data has not yet been released, industry insiders are experiencing a growth in subscription-based streaming numbers. Those gains offset the losses.

As far as genre-based sales go, R&B, which also includes rap/hip-hop, was the only one to post an increase in 2013, with a modest 1.2 percent increase.