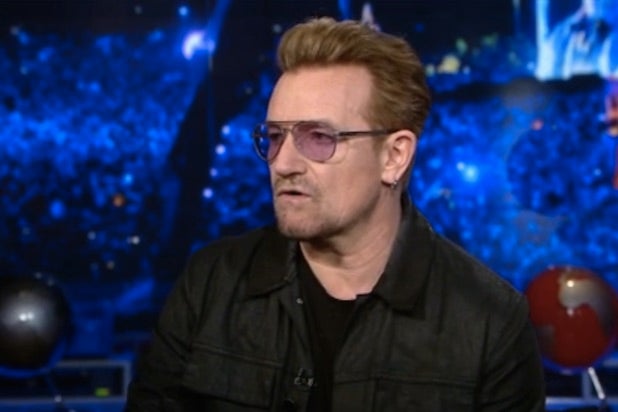 U2 tried to help fellow musicians in the Eagles of Death Metal fly out of Paris after their show at the Bataclan turned deadly on Nov. 13.

Speaking with CNN’s Fareed Zakaria, Bono explained that he and U2 attempted to find a plane to get the band out of Paris after the massacre.

But it turned out the best way the band could be helped was “finding them phones,” Bono said.

He explained the band members’ phones had been left at the venue and they were without means of communication while at the police station.

Bono and U2 were in Paris on the evening of the attacks; he recounted how awful and chaotic the scene was.

“You immediately think about who you know, your crew, who’s out in the city,” he said.

The full interview with Zakaria airs on “Fareed Zakaria GPS” on Sunday at 10 a.m. ET.