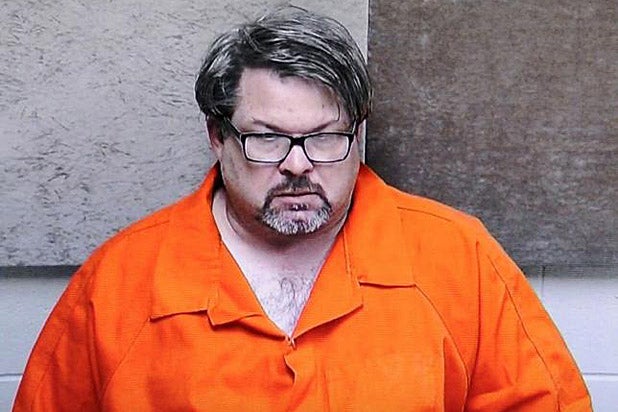 UPDATED March 17, 1:35 p.m. PT: Kalamazoo County Undersheriff Paul Matyas and the attorney for Jason Dalton say that the lawsuit is a hoax, according to the Detroit Free Press.

The former Uber driver who has been charged in the deaths of six people is blaming the ride-sharing company for his fatal February shooting spree.

Jason Dalton, 45, of Kalamazoo, Michigan, filed a two-page, handwritten $10 million lawsuit against Uber on Tuesday, claiming the company ruined his life and never invited him to any “corporate parties,” the Detroit Free Press reported.

In the suit filed with the U.S. Federal District Court for the Eastern District in Detroit, Dalton states that he worked as an Uber contractor “and they ripped me off, never paid me back wages or overtime. I busted my butt for them.

“They gave me no Christmas bonus, I wasn’t invited to any corporate parties, they made me work when I was sick and they didn’t let me spend time with my children. Uber treats their drivers like crap,” he said.

Dalton is charged with shooting eight people — killing six — over a five-hour period on Feb. 20 while driving for Uber in the Kalamazoo area. He allegedly drove around town gunning down random victims along the way and picking up passengers in between killings.

The lawsuit went on to claim that he had to pay for his gas and repairs on his vehicle after hitting potholes and was called late at night to work or officials said he would be fired.

“This company is a hostile workplace environment. I am tired of being treated by [sic] second class citizen by Uber,” Dalton continued. “Uber discriminates against my mental health.”

He also blames the popular ride-share service for his imprisonment, his wife filing for divorce and his psychological and emotional distress.

“My life is ruined because of Uber,” he said.

In a prepared statement in response, Uber said, “It’s hard to know how to respond to someone who refuses to take responsibility for his own actions. Our hearts go out to victims’ families who have to live with the consequences of his terrible crimes,” the Free Press reported.

Dalton was approved as a driver near the end of January 2016 and had worked for Uber for less than a month before the shooting spree. He has admitted to the killings, according to police.