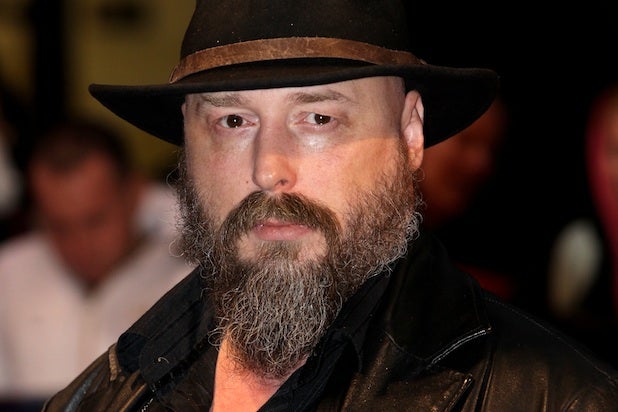 Additionally, UCP has partnered with IDW Entertainment to option and develop a TV series from horror comic book “Night Mary.” UCP also plans to develop comic-book series “Five Ghosts,” which was funded via Kickstarter, into a TV series.

“We love genre at UCP and thankfully so do audiences. We’ve made it a priority to seek out great properties that will attract equally great creators to adapt them,” said UCP’s executive vice president of development, Dawn Olmstead, in a statement.

She continued, “From Warren’s dynamic plots and complex characters to the dark and suspenseful world of ‘Night Mary,’ and the creative mash-up of five literary icons in the cult hit ‘Five Ghosts,’ they are all provocative, distinctive and have the promise to be a whole lot of fun.”

Ellis was the subject of a 2012 documentary. A prolific writer, he has had many films based on his writing, including “Red” and “Iron Man 3,” and his “Gravel” book series is in development for film at Legendary Pictures.

“There are very few writers who have been able to so completely influence a medium as Warren has with comic books. I am very excited to be able to collaborate in bringing his unique vision to television for the first time,” said Hurd.

See below for UCP’s descriptions for “Night Mary” and “Five Ghosts”:

Based on the acclaimed IDW Publishing property created by Rick Remender and Kieron Dwyer, “Night Mary” follows a young woman trained to be a lucid dreamer. Her father owns a sleep disorder clinic where she enters the dreams of his patients. When a patient is revealed to be a serial killer, she is placed in jeopardy as nightmares and reality become frighteningly intertwined. John Pogue (“The Quiet Ones”) has been tapped to write and direct the pilot. Ted Adams and David Ozer from IDW Entertainment and David Alpert and Rick Jacobs from Circle of Confusion (“The Walking Dead”) will serve as executive producers along with John Pogue.

“Five Ghosts” is the stylish, pulpy adventure by Frank Barbiere and Chris Mooneyham that tells the story of a 1930s-era treasure hunter possessed by five literary ghosts (Merlin, Robin Hood, Sherlock Holmes, Musashi, and Dracula) whose unique abilities he can draw on during his adventures. “Five Ghosts” was funded on Kickstarter in 2012 and previewed at San Diego Comic Con that year when Matt Pizzolo (who would later co-found Black Mask Studios) shared his San Diego Comic Con table with then-unknown writer Frank Barbiere. “Five Ghosts” was picked up by Image Comics and premiered at Emerald City Comic Con becoming one of the breakout hits of 2013. UCP has optioned the TV series rights from Black Mask and has signed on Evan Daugherty (“Snow White And The Huntsmen”, “Divergent”) to write the pilot and serve as executive producer. Chris Bender and Jake Weiner from Benderspink (“Horrible Bosses 2”, “The Hangover”) will also serve as executive producers along with Jake Wagner as producer, and Matt Pizzolo and Brett Gurewitz as co-executive producers.