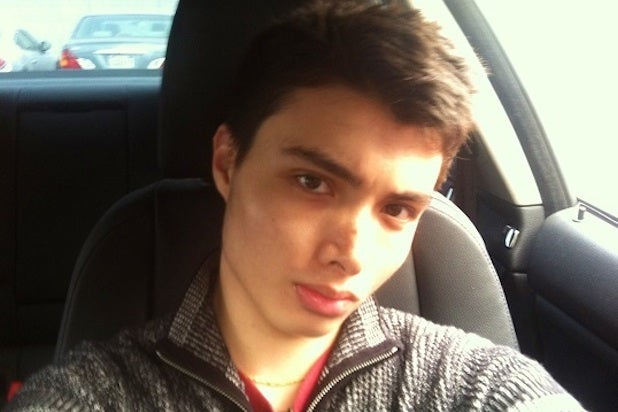 Police officially confirmed that Elliot Rodger, 22, was the shooter in a spree that left seven dead, including the gunman, and at least twice that were injured on Friday night in the UCSB campus town of Isla Vista.

Santa Barbara Sheriff-Coroner Bill Brown addressed the “mass murder” in its second news conference on the shooting on Saturday. He revealed that there were 10 locations with some consisting of multiple crime scenes.

According to police, Rodger first killed three men at his residence on Seville Road. The unidentified men were stabbed to death with “sharp objects.” The spree continued around 9:27 p.m. He then killed two women in front of the Alpha Phi sorority and a man at a local delicatessen. At least three of the victims were students of the University of California at Santa Barbara.

Over the 10 locations, Elliot killed six people and injured 13.

The identified victims are Christopher Martinez, 20 — whose father railed against the NRA and politicians earlier on Saturday; Veronika Weiss, 19; and Katie Cooper.

After exchanging fire with officers, the gunman was hit at least once in the hip by police fire. The gunman was then seen by witnesses accelerating his speed and crashing into several parked cars. Police discovered the gunman dead with a gunshot to the head that the sheriff said appears to be self-inflicted.

Police found three semiautomatic guns in the suspect’s car. All the weapons were legally purchased and registered to the suspect.

Brown said the investigation is continuing.

Police say they had previously been in contact with the gunman three times. The first time was in July 2013 at a hospital where he was being treated for injuries from an assault, according to Elliot. It was discovered that he was the aggressor. The second time was in January 2014, in which Rodger accused one of his roommates for stealing three candles at $22 each. The roommate was charged with petty theft.

And as previously reported, the deputies contacted Elliot in April 2014 at his residence at the request of a family member. He downplayed concerns for his welfare and deputies “cleared the call.”

Elliott, the son of Hollywood director and photographer Peter Rodger who served as an assistant director on “The Hunger Games,” had posted numerous videos on YouTube in which he revealed his anger toward women who weren’t attracted to him. He specifically mentioned his anger toward sorority girls who had rebuffed him.

Elliot posted a video hours before the shootings titled “Elliot Rodger’s Retribution” in which he threatens violence for being rejected by others. He was a student at Santa Barbara City College.

In another video, he said, “Girls are not sexually attracted to me. That’s a major problem… I will not let this fly. It’s an injustice that needs to be dealt with.”

Additionally, a 140-page manifesto was delivered to a local news station, which was written by Elliot and titled “My Twisted World.” That is currently being investigated by authorities.