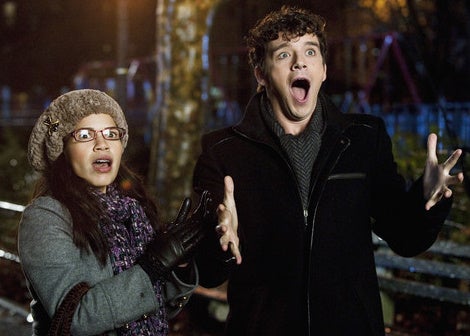 "Ugly Betty" will conclude its run on ABC in April, the network said.

In a statement, ABC said, "We’ve mutually come to the difficult decision to make this ‘Ugly Betty’s’ final season, and are announcing now as we want to allow the show ample time to write a satisfying conclusion.

"We are extremely proud of this groundbreaking series, and felt it was important to give the fans a proper farewell," the network said.

The cast and crew were informed Wednesday morning.

The show began its fourth season in a difficult Friday night slot, which didn’t do it any favors ratingswise. It was moved to a 10 p.m. Wednesday timeslotearlier this month.